With or without Lovren, OL are not moving forward 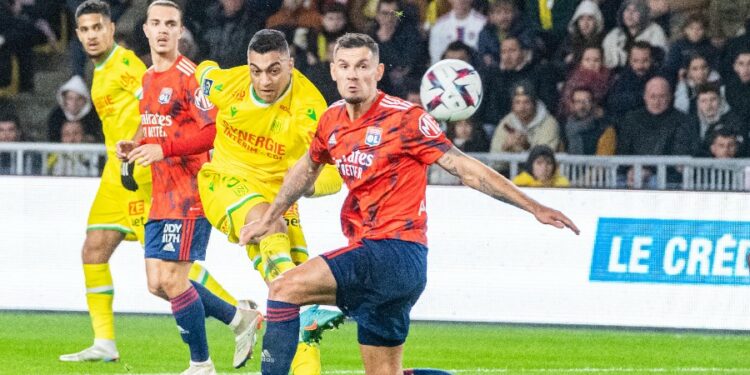 Surprised at home by Clermont ten days ago, OL had to react on the lawn of Nantes this Wednesday evening. Almost lost (0-0).

Laurent Blanc ended the year 2022 in dissatisfaction despite a Lyon victory in Brest full of promise (2-4). The start of 2023 proves him right since his OL – freshly beaten at home by Clermont (0-1) – is struggling to show themselves to their advantage offensively speaking. This Wednesday evening in Nantes, as part of the 18e lifting of Ligue 1, the Gones did not manage to find the fault despite the presence on the field of certain offensive assets such as Lacazette, Toko Ekambi, Tetê and even Cherki.

If Lacazette and Cherki did indeed solicit Lafont in his cage, it was a goalless draw that sanctioned the debates at La Beaujoire. Logically if we stick to the configuration of a meeting where each of the two teams had its period. ” We are frustrated because we came for the three pointswhispered the young Kumbedi at the microphone of Prime Video, at the end of the game. We take one, it’s better than nothing but it’s not enough. We woke up in the second half but we didn’t play our game in the first. You have to win games! Starting with Strasbourg at home. »

A meeting scheduled in three days, to revive Rhodaniens who have barely won one match in their last five league outings. The only satisfaction of the day for the Lyonnais: with Lovren back and a Tagliafico operational again (the two defenders were starters this Wednesday), OL appeared rather solid at their backs. Essential foundations for building the future.