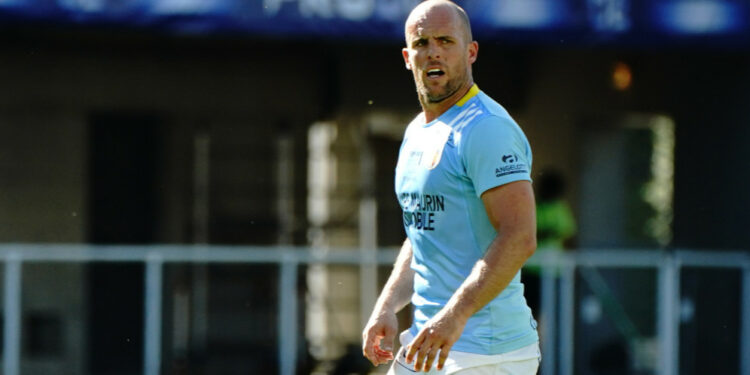 Expelled during Perpignan’s defeat against La Rochelle on December 31 after a header against Jonathan Danty, Mathieu Acebes was suspended for nine weeks by the Disciplinary Committee of the LNR.

The penalty fell for Mathieu Acebes. The captain of Perpignan was unfavorably put forward during the defeat of his team against La Rochelle on December 31. At the very end of the first period of the meeting counting for the 14th day of the Top 14, the winger had headbutted Jonathan Danty, who was then on the ground.

While the two players then responded via social networks following the apologies made by the Catalan, immediately rejected by the Rochelais, Mathieu Acebes had to explain himself to the Disciplinary Commission of the National Rugby League (LNR) , whose decisions were made public on Wednesday via a press release. Faced with such a gesture, the USAP player could not escape a heavy sanction, which will keep him off the field for long weeks.

#Discipline
Here is the press release relating to the decisions of the disciplinary committee and the regulations concerning the 14th and 15th days of TOP 14 as well as the 16th day of PRO D2 📄➡️ https://t.co/p0RXx60OlE pic.twitter.com/rcTFNWgeSk

Acebes back in April

Not surprisingly, Mathieu Acebes was found guilty of “brutality” by the Disciplinary Commission and more specifically to “hitting with the head”. Having taken into account the “higher end of the gravity scale”, the commission applied an initial suspension of sixteen weeks. To this was added an additional week due to a heavy disciplinary case concerning the Perpignan winger.

Nevertheless, taking into account the attitude of Mathieu Acebes during the hearing, the fact that the person concerned admitted having carried out this reprehensible act but also the remorse expressed, the Disciplinary Committee decided to reduce the suspension of the Perpignan from half of the chosen entry point, i.e. eight weeks. As a result, Mathieu Acebes was suspended for nine weeks and, given his club’s schedule, will not be able to play again before March 27. Already absent last weekend in Clermont, the captain of USAP will miss the next eight games of his training with an expected return against Perpignan on April 15.