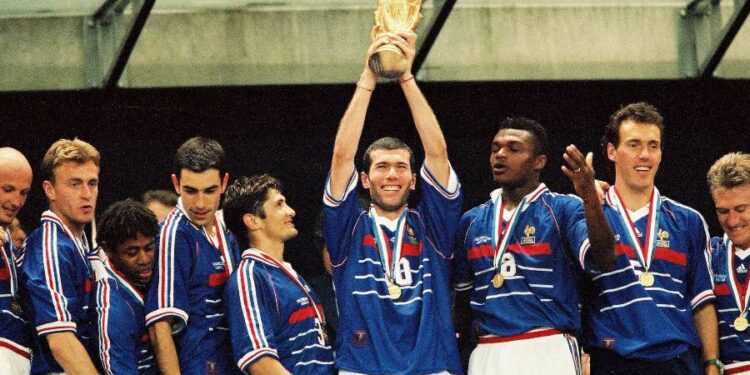 By attacking Zinedine Zidane on Sunday at the microphone of RMC, Noël Le Graët was able to verify the sacred dimension of the former playmaker of the Blues. A stature such that the popular press had not dared to attack him.


Text messages of a sexual nature, stifled pedophile scandals or toxic management: none of the accusations made at the end of the summer against Noël Le Graët will have seemed to make the president of the French Football Federation waver. An audit was indeed ordered by the Minister of Sports but the Breton leader could always count on the support of the staff of the Federation.

In the end, it was enough for Noël Le Graët to attack Zinedine Zidane to find himself on the edge of the precipice. The words of Guingampais indeed triggered a real storm and volleyed by Kylian Mbappé on Twitter or once again pointed out by Amélie Oudéa-Castera, the boss of the FFF was left to convene an extraordinary Comex in front of which he will have to explain.

To touch Zidane was to touch France

The conclusion of this sequence is obvious: we do not touch Zinedine Zidane. So much so that when the Marseillais was a player, the people press did not dare to attack the hero of July 12, 1998. Journalist Karen Adhar has also unearthed a passage from the book Sex Football Club for this purpose. football published in 2011. He mentions an adulterous affair that Zinedine Zidane would have had with Veronika Loubry the year of the coronation of the Blues. A case that came out in the Geneva Grandstandwho had already made his headlines with a story between the tricolor No. 10 and the singer Nadiya.

“At the time, the affair had stirred up the Parisian editorial staff. Photos, showing Zizou and the host kissing in the early morning in front of the Crillon hotel, would have circulated in all the photo services of Parisian magazines. Nobody would have dared to publish them. Touching Zidane, hoisted to the rank of a historic monument, was touching France. wrote the two authors. A lesson that Noël Le Graët would have been well advised to retain.

Zidane, the terrible accusations against Deschamps

Zidane, the terrible accusations against Deschamps