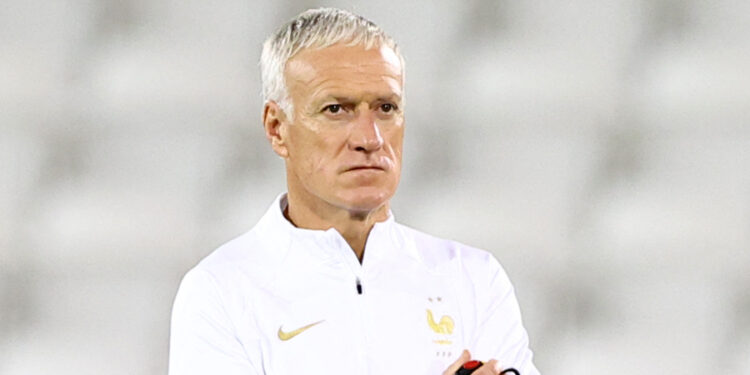 Didier Deschamps cannot be deaf and a stranger to the torments that strike the FFF and its president Noël Le Graët. Emmanuel Petit regrets the attitude of the national coach.

Didier Deschamps has indeed been confirmed in his role as coach of the Blues until June 2026, dubbed this Wednesday by an Executive Committee of the French Football Federation (FFF) which has also suspended its president Noël Le Graët as a precaution. . Polled during the day on the recent setbacks of the latter, as part of a charity operation in Nice, the strategist of the France team qualified ” inappropriate “the words of the boss of the FFF against Zinedine Zidane, judging the fact good” that he apologized to Zizou ».

Insufficient for Emmanuel Petit, who notes on RMC this Wednesday evening that Didier Deschamps has completely evaded the cases which have also shaken the FFF lately, and particularly Noël Le Graët. “ We are much further than the term ‘inappropriate’ that he used. The things, which are proven and demonstrated at the present time, are much more serious », Says the 1998 world champion. An emblematic figure of the France team who thinks that his ex-teammates and himself today have responsibilities to assume.

« It saddens me for 1998 in relation to the unity that we have always had, since this incredible epic which binds us until the end. There are too many problems right now, I noticed Emmanuel Petit. YoWe should all get together and talk honestly and frankly, eye to eye. There are too many things wrong. […] What we all did together for five years, becoming world and European champion, where we dominated the whole world, we cannot take it and throw it into oblivion. We cannot pretend that there is a friendship that seals us through the titles won, it has to go much further than that. This is beyond us all and it affects all French people. »

However, despite this unbreakable bond, Emmanuel Petit is not kind to his former captain. ” I sincerely ask myself the question today of my legitimacy within 1998. I will have the opportunity to speak about it orally soon with the people concernedhe breathes. I would have liked Deschamps to truly disengage because the things we are dealing with around Le Graët at the moment are very serious. “And to hammer against the president of the FFF:” I’m ashamed to be part of this family. So Mr. Noël Le Graët, have a little class, at least once in your life. Submit your resignation and leave for a good retirement in Brittany. Leave us alone now! »