“Me, I love Christmas” 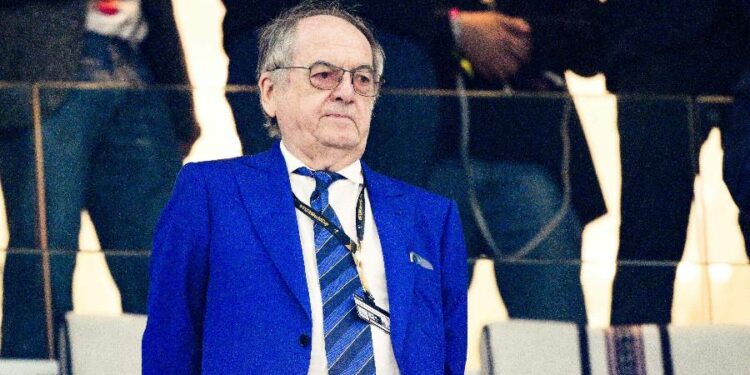 Despite the wind of indignation that has been blowing (strongly) since his exit against Zinedine Zidane, Noël Le Graët has no intention of resigning. And he should be able to count on the support of certain Comex members.


The debates could be stormy during the Extraordinary Executive Committee of the French Football Federation which is to be held this Wednesday. Some members, Jean Michel Aulas and the vice-president of the FFF Philippe Diallo in the lead, intend to ask Noël Le Graët for an explanation following the controversy triggered by the remarks of the president of the 3F about Zinedine Zidane. And the lunar exit of the Breton leader at the microphone of RMC is not the only point of tension.

The new contract granted to Didier Deschamps behind the back of the Comex also went very badly and some would also like to make adjustments to this current lease until the 2026 World Cup. Finally, the damning testimony delivered by agent Sonia Soud about the harassment in which Noël Le Graët engaged with her could also oblige him to explain himself on the accusations of which he is the object in the matter.

Le Graët does not want to resign

However, some members of the executive committee will have a hard time letting go of Noël Le Graët. “I don’t know if I would have the courage to go so far as to demand his resignation, warned Eric Borghini, one of the Comex members, at the microphone of Rothen ignites. Noel told us ‘I love you all’ at the general assembly. I owe him everything at Christmas. Me, I love Christmas. » The president of the Mediterranean League does not want to rush. “He was able to do what he did – or not do, moreover, we are waiting to have the elements… It is humanly very difficult for me. I suffered with him on certain issues. I will do my duty as a member of the Comex, but it is not something that is done like that. We’ll see, we’ll talk to each other, we’ll watch, we’ll wait for the results of the audit,” he explained, adding: “Things have to be done in order, there are ongoing investigations, a very thorough audit from what I understand. Let’s not skip the stages, we are not within three days. »

The Blues all behind Zidane!

The Blues all behind Zidane!