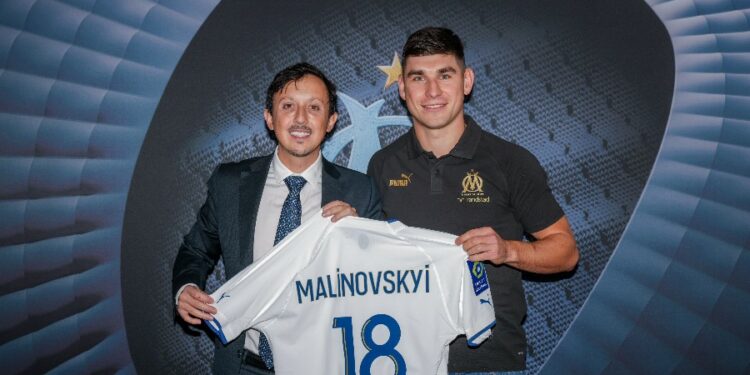 OM’s latest recruit, Ruslan Malinovskyi was ready to land in Marseille. A club he has been following closely for a long time.

Ruslan Malinovskyi will perhaps show his new colors this Wednesday evening in Troyes, as part of the 18e Ligue 1 day. Barely landed in Marseille, from Atalanta Bergamo, the Ukrainian international is qualified by the LFP and able to play in the sky and white jersey. With already a certain patter and great ambitions displayed.

« I played three great years in Serie A with experiences in the Champions League and the Europa League, and I think I’m ready for new adventureshe breathes in an interview broadcast on the official OM website. Since the start of the season, I’ve watched a lot of OM matches, and it’s a team that plays a game that I appreciate. A fast football, with many attacks. They are strong physically, and they put a lot of opponents in difficulty. Thanks to my experience in Italy, with this tactical culture and effort, I think I can fit in there and bring things. My goal is to play as much as possible and help the team get back to the Champions League next season.. »

At the bend of this interview, thus transcribed by the Phocaean, Ruslan Malinovskyi admits to having maintained a certain link with OM since his youngest age. ” I am very excited to start this new adventure with this great club, and I will do my best for the fans and for the team, in order to achieve the objectives of this season. I remember when I was little with my brother, and we watched Didier Drogba’s OM play against Dnipro (Dnipropetrovsk, a 16e 2003-2004 UEFA Cup final, edition in which OM will reach the final, editor’s note), in this great stadium and with these wonderful supporters. Besides, my brother is still a fan, and now I’m here! »