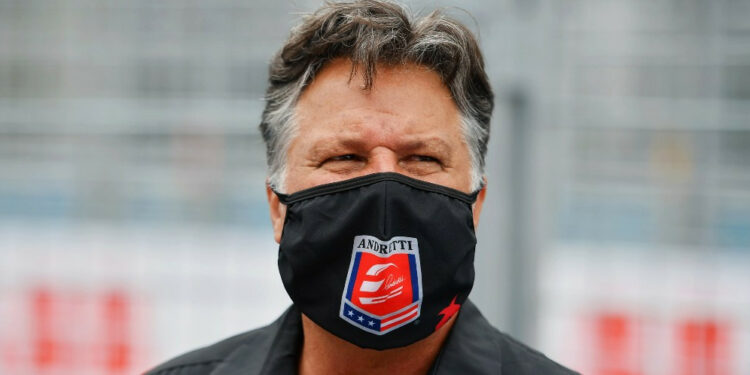 While the president of the FIA ​​wishes to widen the starting grid, to which the Andretti family has responded with a project alongside Cadillac, several teams as well as Liberty Media have not hidden their hostility. Enough to arouse a strong reaction from Michael Andretti.

Will Formula 1 have to make room in the paddock? After having failed in its project to buy the Sauber structure at the end of 2021, the Andretti family assured last February that they wanted to set up a team from scratch by 2024. A desire which had been very well received. cold by several team leaders but also by Stefano Domenicali, boss of the holder of the commercial rights of the discipline.

A case that has recently made headlines again. Indeed, after the rumors highlighting the wish of a billionaire based in Hong-Kong to create a team, the president of the FIA ​​put his feet in the dish. On January 2, via his official account Twitter, Mohammed Ben Sulayem assured that he had asked his teams to study the possibility of launching a call for applications for possible new teams in F1. Barely three days later, the family Andretti has announced the relaunch of its project with a strong ally, the General Motors group via its Cadillac brand.

Andretti Autosport is thrilled to support the news of Andretti Global and General Motors with @Cadillactwo American powerhouses coming together to pursue the opportunity to compete in the @FIA @F1 World Championship.#CadillacVSeries #AllAndretti

However, the latter does not intend to become an engine manufacturer from 2026 but rather wants to copy the model put in place by Alfa Romeo in recent years. The Cadillac brand would be a leading sponsor able to collaborate with an engine manufacturer already installed, with the name of Honda which has already been mentioned in such a role. If the president of the FIA ​​very quickly welcomed this announcement, the impact was not the same in the paddock.

In effect, F1 replied with a press release highlighting the fact that any new entrant must be validated “by all stakeholders when a team leader told the agency Reuters confirmed that the majority of formations currently in place were against any enlargement of the starting grid. What Mohammed Ben Sulayem replied through a message published on social networks. ” It is surprising to see that there were hostile reactions to the announcement from Andretti and Cadillac, he assured. The FIA ​​has validated the arrival of smaller teams that have been successful in recent years. We should encourage possible new stables linked to global manufacturers such as GM and genuine competitors such as Andretti, but also others. »

Andretti: “They look at each other’s navel”

The attitude of several stables established in F1 caused a strong reaction from Michael Andretti. In an interview with the magazine Forbesthe son of Mario Andretti assured that “it’s all about the money” while adding that he is “not surprised” by such a reaction. “The teams think that a tenth of their premium is going to be diluted, but they are getting very greedy thinking that we are also going to take all the American sponsors, he added. It’s all about greed, they stare at each other’s navel and don’t care what’s best for the overall growth of the championship. »

The unfeigned opposition of a large part of the paddock, with Alpine and McLaren being the only teams to approve this project, will be a source of motivation according to Michael Andretti. “You have to stay focused on your work and not listen to the pessimists, assures the boss of the American team. In fact, I use pessimists as motivation. It’s always fun to shut them up. He now has to define in detail the project he will present in the coming months to the FIA ​​with the hope of changing the situation.