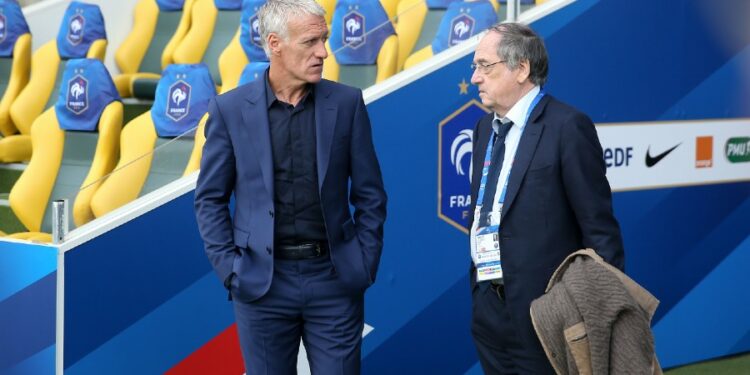 Summoned to react publicly after the recent setbacks of Noël Le Graët, Didier Deschamps came out of his reserve this Wednesday to speak on the subject.

It is within the framework of a charity operation – the Yellow Pieces – that Didier Deschamps reacted to the words of Noël Le Graët who recently shook the small world of the tricolor round ball. While he was accompanied in Nice by Christian Estrosi and First Lady Brigitte Macron, the coach of the Blues wanted to evacuate the subject himself by addressing it from the outset.

« Before I am asked questions… I prefer to say a few words about the statements of my president. His comments, as he acknowledged and admitted, were inappropriate. I think it’s a very good thing that he apologized to Zizou. The sporting situation has led to a sporting rivalry between the two of us. (Zidane and him, editor’s note). Even for some an opposition. I will always have a lot of respect for him in relation to what we have lived and shared together. Already in our first life as a player and in relation to what he is and what he represents in French football and sport. »

Didier Deschamps’ remarks on the question of the boss of the FFF, dismissed from his duties as a precaution this Wednesday morning by the Executive Committee of the body, thus remained limited to his unfortunate exit on Zinedine Zidane. No reaction indeed to the new accusations of harassment which hit the Breton senior leader, and to the setting aside of the latter. Observers will note all the same that the Bayonne technician – confirmed for his part in his role until 2026 by the said Comex meeting this Wednesday – continues to call Noël Le Graët “my president”.