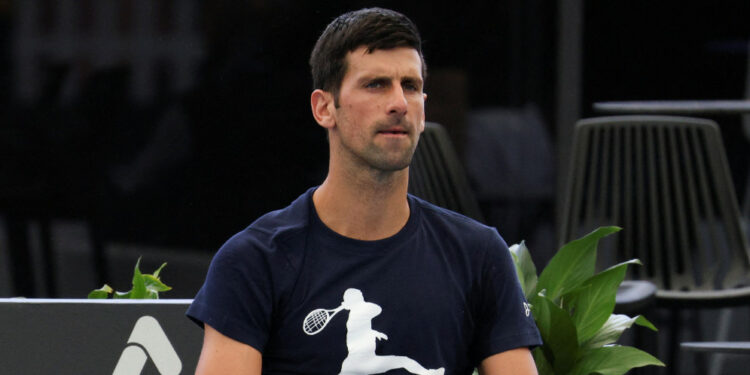 While participating in a training match with Daniil Medvedev on Wednesday, Novak Djokovic was forced to cut short the meeting due to muscle pain. Something to worry about five days before the launch of the Australian Open.

Will Novak Djokovic be 100% for the Australian Open? Absent in Melbourne last year due to his non-vaccination against the coronavirus, the Serb was able to enter Australian territory in order to defend his chances during the first round of the Grand Slam.

But if he was able to extend his unbeaten streak in Australia to 34 consecutive games by winning last weekend the 92nd title of his career in Adelaide, world number 5 and seeded number 4 at the Open d australia does not experience an ideal preparation. Indeed, on the occasion of his victory in the semi-final against Daniil Medvedev this Saturday, Novak Djokovic had to be treated on the court for hamstring pain. If he was able to continue the match and then go for the title at the expense of Sebastian Korda, the alert was indeed serious.

Djokovic had to stop a training match

Arrived in Melbourne to acclimatize to the courts on which the first Grand Slam tournament of the 2023 season will be played, Novak Djokovic took part in a practice match with Daniil Medvedev in the Rod Laver Arena. However, the one who won nine times at the Australian Open had to call the medical service during this preparation session. In effect, the Serb once again felt pain in his hamstrings and had to be manipulated in his left thigh.

However, it is in the same place that the world number 5 had to be treated this Saturday in Adelaide. At the end of this treatment, Novak Djokovic did not resume the training session he shared with the Russian on the main court at Melbourne Park. A second muscle scare in the same place in the space of a few days does not bode well for the Serb as close to a deadline as the Australian Open.