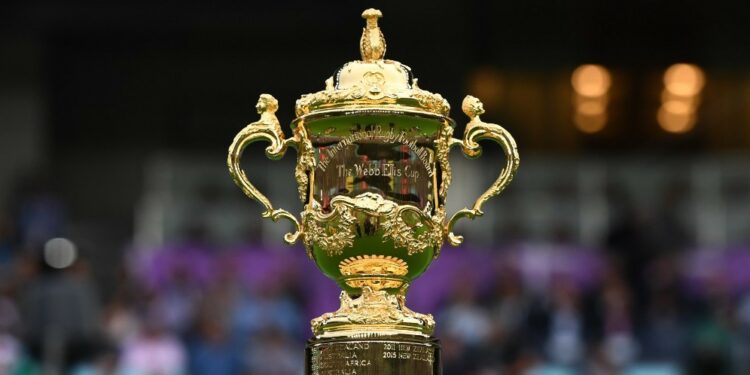 Holder of the rights to the 2023 World Cup, the TF1 group formalized an agreement on Wednesday with France Télévisions and M6, which will recover a total of 28 matches throughout the competition.

TF1 will not be alone in broadcasting the 2023 Rugby World Cup. Holder of the rights to the entire competition since September 2021, an agreement which also included the women’s tournament played in New Zealand last fall, the audiovisual group had the opportunity to sub-license all or part of the competition to one of its competitors. But, while the option of an agreement with a paying actor was on the table as well as that of distributing the meetings on all of its channels as during the 2019 edition in Japan, it is a three-way agreement allowing the unencrypted broadcasting of the entire competition which was made official this Wednesday through a press release. In effect, the TF1 group has reached an agreement with France Télévisions but also M6 to share the 48 matches scheduled from September 8 to October 28 in nine cities across France.

[CDM RUGBY]
The @GroupeTF1 is pleased to have entered into a sub-licensing agreement with the groups @Francetele et @M6Group. Thanks to this agreement, the CDM of rugby which takes place in France will be accessible free of charge and in full for the whole public. https://t.co/u5JsFHH3xs

In details, TF1 will broadcast the 20 most beautiful posters of this Rugby World Cup on its channels including three of the four group matches of the XV of France. After the opening match between Les Bleus and New Zealand, the subsidiary of the Bouygues group will have exclusive matches against Uruguay on September 14 and against Italy on October 6. To this will be added the first two choices for the quarter-finals, the two semi-finals, the small final and the final scheduled for October 28 at 9:00 p.m. at the Stade de France. France Télévisions, for its part, will be entitled to ten matches including the match of the XV of France against Namibia but also a quarter-final. The little surprise of this hitch remains the presence of the M6 ​​group, which will be the first experience in rugby. The chain recovers the 18 remaining matches, of which 17 will concern the group stage with a quarter-final to complete the device. While major sporting competitions increasingly tend to be partially on pay channels, the 2023 World Cup will be accessible on free channels in its entirety.