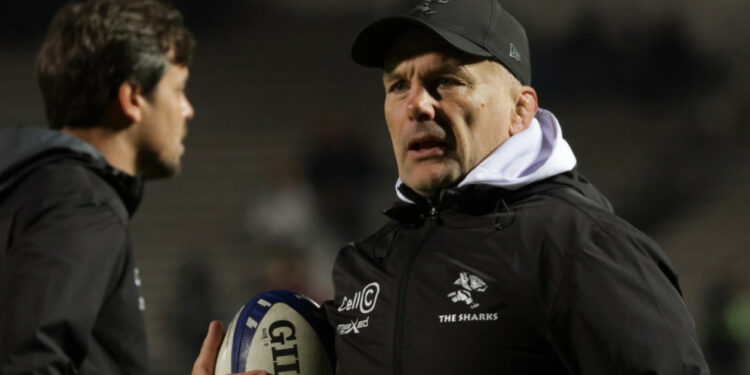 Yannick Bru and Thibault Giroud will be the two future strong men of Bordeaux-Bègles. On Tuesday, the UBB, via its president Laurent Marti, formalized the arrival of the former manager of Bayonne next summer like that of the current performance director of the XV of France, but after the World Cup as far as he is concerned.

Since Damian Penaud, on the sidelines of his signing in Gironde, had revealed that he had been convinced by Yannick Bru to put his bags down in Bordeaux-Bègles, it was above all an open secret. Still, it’s official since Tuesday: Bru will be the new manager of UBB. The former manager of Bayonne, who had actually met Penaud, called to become one of the future leaders of the team, while the current Clermont winger was still wondering about his future, will take on the same functions within of the Girondin club from next summer. In the columns of Sud Ouest, the president of the UBB Laurent Marti, confirming in passing the arrival of Bru, admits that the latter was his first choice since the departure of Christophe Urios, thanked at the end of last year (“Forcément , I had grievances against him, we explained it. But the trigger is the accumulation of bad results, “says Marti in Sud Ouest). “It was the first idea that came to me and the first meeting convinced me”, admits Marti, who confides that with the former coach of the forwards of the XV of France in the time of Philippe Saint-André, “the current passed very quickly. »

✍️ Yannick Bru will be the manager of UBB starting next season. He will be accompanied by the current performance director of the XV of France, Thibault Giroud. Both are committed to UBB for 4 years! #iloveubb

He obviously passed very quickly also with Thibault Giroud. The current director of performance of the Blues within the staff of Fabien Galthié will join Bru at the Bordeaux-Béglais club. However, it will not happen right away. Giroud will indeed always be part of the staff of the XV of France during the next World Cup, next fall in France. And it is only once the World Cup is over that the one who should have joined Racing 92 and not the UBB will finally land in Gironde. “Yannick Bru will be the manager of UBB from next season. He will be accompanied by the current performance director of the XV of France Thibault Giroud. Both are committed for four years,” the UBB announced on Tuesday. Bru and Giroud will be linked to their new colors until June 2027.