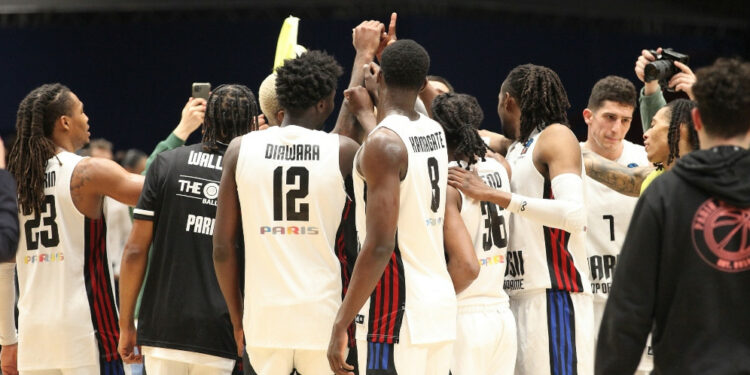 Paris won the Eurocup on Tuesday night against Ankara, while Dijon were beaten by Peristeri in the Champions League and Cholet by Porto in the FIBA ​​Europe Cup.

Four French teams played in four different European Cups on Tuesday evening, and the record is two wins for two defeats. As well as Monaco’s success over Olympiacos in the Euroleague, Paris won against Ankara in the Eurocup, while Dijon lost in the Champions League to Peristeri and Cholet in the FIBA ​​Europe Cup to Porto. In the second European Cup in the continental hierarchy, Paris offered themselves a seventh victory in ten games, against Ankara, which they overtook in the standings to take second place. The Parisians, eleventh in Betclic Elite, largely won 96-77 against the team of Axel Bouteille (12pts, 4rbds). However, it was the Turks who led during the first quarter of an hour, counting up to eleven points in advance. But they then suffered the law of unleashed Parisians, who finished the second quarter 29-9, including six three-point shots. The score was 53-44 at halftime, then Ankara returned to -8 in the middle of the third quarter, before suffering another burst (80-63, 30th). Paris then rolled out their basketball in the last quarter, in the wake of their duo Kyle Allman (17pts) – Tyrone Wallace (16pts, 6rbds). Eight games from the end of the regular season, the Parisian club has five wins ahead of the first non-qualifier. Next match: at Hapoel Tel-Aviv next week.

Dijon will have to play a support match

In the Champions League, the third European Cup, Dijon plays the play-in against the Greek club Peristeri. After winning the first match at home last week, the JDA lost 92-88 after extra time away and will therefore have to play a decisive match next Wednesday in Burgundy, with qualification for the Top 16 at stake. This match was very close, except during the period straddling the first two quarters, where Dijon signed a 14-0 to lead 12-25, before cashing a 16-3 to find themselves tied (28- 28). Peristeri then took a seven-point lead at the end of the third quarter (61-54), but the JDA came back little by little and Gavin Ware snatched the extension 14 seconds from the end (81-81). An extension finally won 11-7 by the Greeks of the French international Sylvain Francisco (19pts, 8pds in total), who have never been led. Robin Ducoté’s 21 points and Markis McDuffie’s 20 were not enough for the JDA.

Finally, in the last European Cup, Cholet suffered its first defeat for its third match of the second group stage. After beating Chemnitz and Craiova, CB lost heavily 99-78 at leaders Porto in a match that the Portuguese led almost from start to finish. Dominic Artis, with 19 points, finishes as Chole’s leading scorert, second in his group (the first two will see the quarters) before receiving Chemnitz in two weeks.

Ligue 2: The Greens return to victory