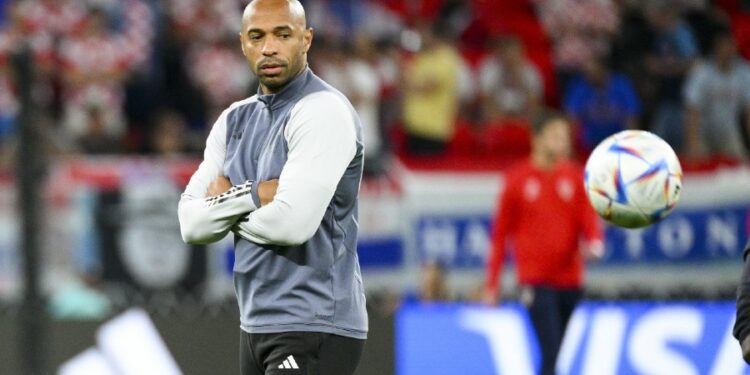 Favorite designated for the post of coach of the Red Devils, Thierry Henry assures that he has not offered his services to the Belgian federation.

Who will be Belgium’s next coach? Maybe not Thierry Henry, after all. The former striker of the France team was the favorite designated to take over from Roberto Martinez, of which he was the assistant for a long time.

Several Belgian internationals did not hesitate to campaign in favor of the former idol of Arsenal, like Romelu Lukaku, Toby Alderwereild, or more recently by Loïs Openda. Two other candidates were cited on Tuesday by the Latest news, namely Andrea Pirlo and Hervé Renard. But it is not sure that the former top scorer in the history of the Blues is really interested in the position.

The deadline has passed

This Tuesday, Thierry Henry has indeed published a press release via Sky Sports. “I want it to be absolutely clear that, contrary to what has been reported, I have not contacted the Belgian federation to offer my services as coach, says the Frenchman. I think it is vital that the exact truth of the facts is presented. »

Unless he is playing on words (he says he has not contacted the Belgian federation, but perhaps he has been canvassed), Thierry Henry therefore no longer seems in the race to lead the Red Devils. The deadline for submitting applications for the post of coach has now passed, since it had been set for this Monday.

Bad news for the NBA game in Paris