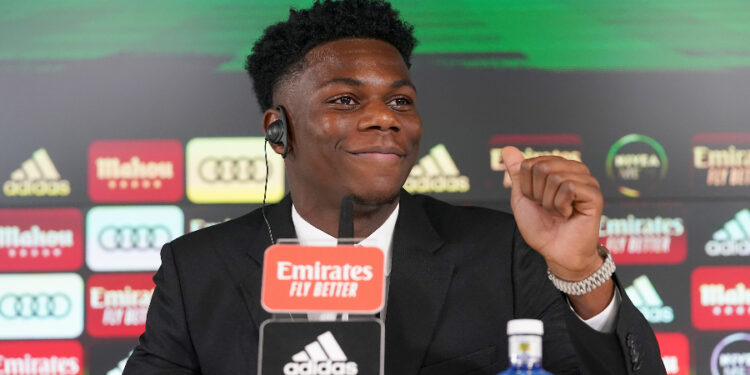 The new year started badly for Aurélien Tchouameni who got off with an unavailability of several weeks.
Aurélien Tchouameni is on the flank. Real Madrid announced on Monday that the tricolor international was injured in the left calf. According to the Spanish press, the former Monegasque should be unavailable for the next three weeks.

And the Merengues will also have to do without David Alaba on Friday in the Spanish Super Cup semi-final against Valencia. The Austrian defender is indeed injured in the right calf and will be out for at least two weeks.