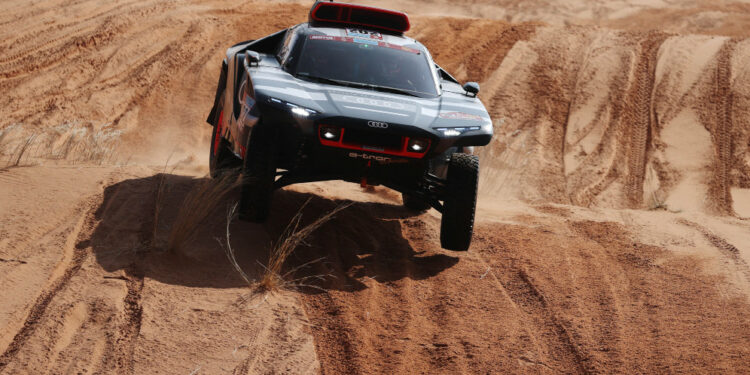 Again victim of an accident, this Tuesday during the 9th stage of the Dakar, Carlos Sainz, hit in the chest, had decided to give up before asking to turn around while he was in the medical helicopter with in the lead to resume the race.

Completely crazy scenario this Tuesday on the 9th stage of the Dakar. In the motorcycles, Carlos Sainz was the author of a rather unthinkable volte-face by asking to resume racing after having… abandoned him. The Spanish driver, again the victim of an accident (his Audi rolled over) on Tuesday when the special had barely started for him (the accident occurred five kilometers after the start), gave the impression in a first time to want to wait for assistance. He finally changed his mind. Hit in the chest, the triple winner of the event threw in the towel in a second time, and it was therefore quite logical when he had reviewed his position and decided to give up that he took his place on board the medical helicopter, direction the hospital of Ryad in the company of its co-pilot Lucas Cruz to pass examinations there. But there, surprise, when he was on board the helicopter and it was already on its way to the hospital, where the two competitors were to be taken as a precaution only (they had emerged unscathed from the accident) , Sainz asked to… resume racing.

Except for a new turnaround from Sainz…

“The Spaniard wanted to give himself a chance to resume the race and asked the medical helicopter en route to the hospital to turn around to accompany him to his car. He is therefore again with Lucas Cruz waiting for their assistance vehicle”, indicated the organizer ASO, without however hiding the possibility that the “Matador”, who had torn off the front left wheel of his buggy in another accident, which happened this time last Friday during the 6th stage, can again take everyone on the wrong foot by giving up again. “Unless he changes his mind”, thus specified the organization, which could almost have added “one more time”, especially during this morning which saw the father of the F1 driver play the weather vanes.