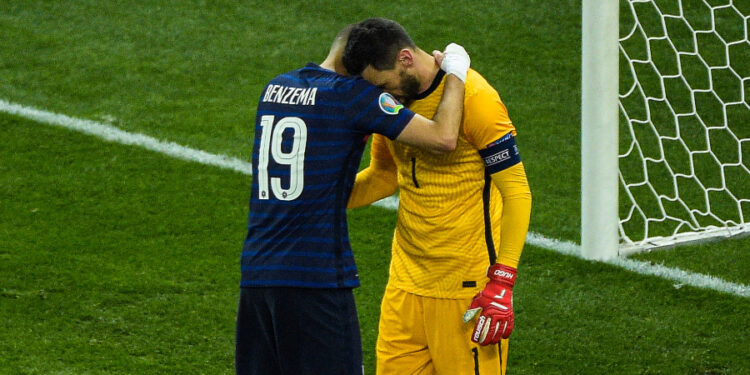 Hugo Lloris has decided to finish with the France team, after 14 years of international career and 12 years of captaincy. The porter of the Blues bows out by returning at length to the controversies that have shaken the tricolor collective in recent weeks.

« The controversies, we are used to them, it is unfortunately part of our context, today, under the blue jerseyconfides in an interview with L’Equipe the one who in 2018 was the first to lift the World Cup. A captain is always exposed, you are asked for your opinion, but you have to stay in your role in relation to the group, make sure not to unbalance it. “An allusion to the reproach which could be made to him, sometimes, to remain smooth and diplomatic in all circumstances, including when the opinion expected a firm and clear posture on his part.

« If I hurt some people, I’m sorry.blows Hugo Lloris at the evocation of the famous controversy of the rainbow armband banned by Fifa during the 2022 World Cup in Qatar. All my life and all my career, I have supported the fight against all forms of discrimination, just as the education of my children is geared towards respect and tolerance. But in the France team, when you are captain, you do not only represent yourself, carrying a message cannot be a personal decision. I wore an armband in the quarter-finals against discrimination. We can always regret that the One Love movement has not been validated by Fifa, but no captain has been able to wear this armband at the World Cup. All this controversy came too late. We should have had this reflection, together, very early on. »

As for the Benzema affair born of the injury of the latter and the management of the case of the Real Madrid striker by the tricolor staff, the Tottenham goalkeeper approaches it with complete transparency: ” For Karim, we were all a little surprised. What we players experienced with his departure is that: you train in the evening, he gets injured, you go to bed, and the next day when you get up you are told that Karim has left. Everything happened so quickly… It was presented as a medical package, and we, the players, discovered it in the morning, at a time when something was happening almost every day. But there are a lot of things that have been said, which are either false or ridiculous: the atmosphere was very good before his departure, and very good after, and it was very normally amplified thanks to our career and euphoria. But we would all have preferred that the Ballon d’Or, when we see what he has brought since his return, could be with us. This is still a major plus! »

And to add: To say that we would have pushed for him to leave is completely false, and I don’t see where we’re coming from: he was essential for eighteen months, he helped us win the League of Nations, his return will have been only positive. It’s really dishonest to claim that some of us could have favored his departure. We would have done it when, how? When you approach a World Cup, you want to do it with your best players. What are we being blamed for? To have been able to reinvent ourselves after his departure? But we did it after each withdrawal, after each departure, after that of Lucas Hernandez (hit on a knee in the first match against Australia, editor’s note) like after Karim’s. We adapted to all the circumstances, and we were strong. »