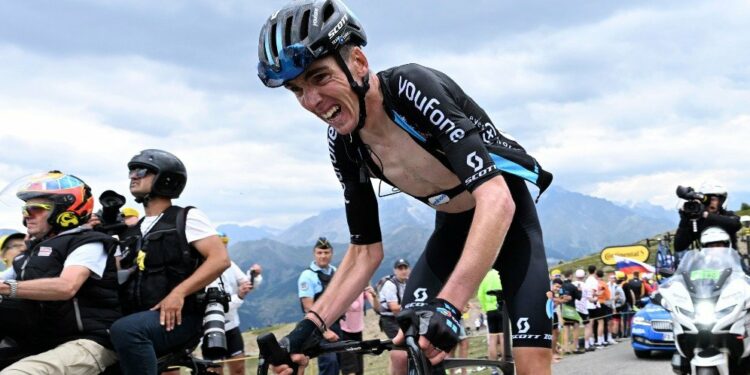 On the occasion of the presentation of his DSM team for the 2023 season, Romain Bardet announced that he was aiming for the general classification in the Tour de France this year.

After the Giro in 2022, the Tour de France in 2023! Romain Bardet has decided to change his tune for this new season, and he will aim for the general classification of the Grande Boucle, as he announced this Tuesday during the presentation of his DSM team in Spain. “I am very excited to come back to this race. Last year, we decided to do the Giro before: this year we will bet everything on the Tour, we will make sure to achieve the best possible approach said the 32-year-old runner. In 2022, Romain Bardet had come very close to a very big result in the Tour of Italy. Fourth in the general classification, 14 seconds behind leader Juan Pedro Lopez on the evening of the 12th stage, he was unable to start the next day due to severe gastrointestinal illness. A blow for the native of Brioude, especially since the Giro was finally won by Jai Hindley, who was behind him in the standings when he retired.

Despite his dejection, Bardet had managed to pull himself together and had started the Tour de France without having competed in a race since the Giro. Without great ambitions at the base, he got caught up in the game and took a good sixth place (despite a failure in the Pyrenees), 18 minutes from Jonas Vingegaard and eleven minutes from the podium. In 2023, the Frenchman will be the leader of DSM and will try to relive his most years, as in 2016 and 2017 when he was on the second and then the third step of the podium on the Champs-Elysées. The passage of the Tour through “its” mountains of the Massif Central (and in particular the ascent of Puy-de-Dôme during the 9th stage) had in any case greatly delighted him when the route was announced. To prepare as well as possible for the Tour de France, Romain Bardet will compete in the Ardèche Classic (February 25), the Drôme Classic (February 26) and especially Paris-Nice from March 5.