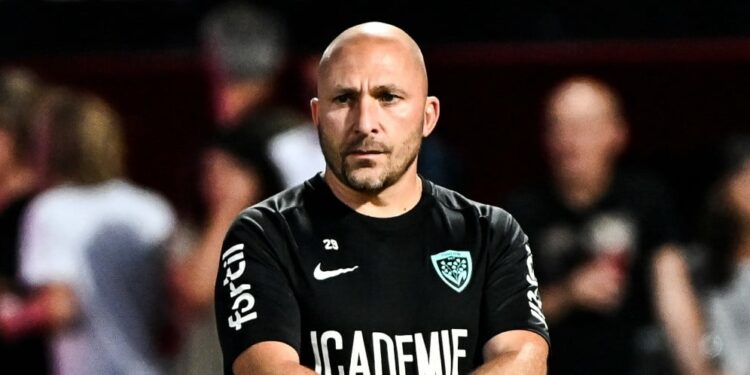 While L’Equipe and Midi Olympique announced on Sunday that Toulon coach Pierre Mignoni was about to join the XV of France to join the staff after the World Cup, the latter denied it.

Will Pierre Mignoni join the staff of the XV of France after the World Cup this fall? Sunday evening, it seemed almost certain, but this Monday, it is less certain. The RC Toulon coach has indeed denied the information revealed by Noon Olympic et The team that he was very close to an agreement with the French Rugby Federation, via a press release published on the Var club website. ” I deny having joined the XV of France. I met this Monday morning with President Bernard Lemaître to confirm my commitment to the RCT. I came back to this club to build a long-term project with the President and Franck Azema. I intend to complete my mission,” said Mignoni, who is under contract with the RCT until June 2026. The club also specifies that it “counts more than ever on Pierre Mignoni, Franck Azema and on the all the staff and players to mobilize and quickly find the victories that the club and its supporters are waiting for. “Toulon currently only occupies ninth place in the Top 14, with seven wins for eight defeats and has just lost on the lawn of Brive.

Noon Olympic revealed on Sunday that Pierre Mignoni was going to meet Fabien Galthié “in the very next few days and will then give his agreement”. “If he does not have a release clause, President Lemaitre would have assured him that in the event of an appeal from the XV of France, he would not oppose his departure”, continued the bi-weekly devoted to rugby. Pierre Mignoni is tipped to replace Laurent Labit, coach of the attack, who will take over the management of Stade Français in replacement of Gonzalo Quesada. His friend Karim Ghezal, responsible for the key, will be replaced by the one who currently occupies this position at the Stade Français, Laurent Sempéré, whose contract is currently in the review phase at the FFR.