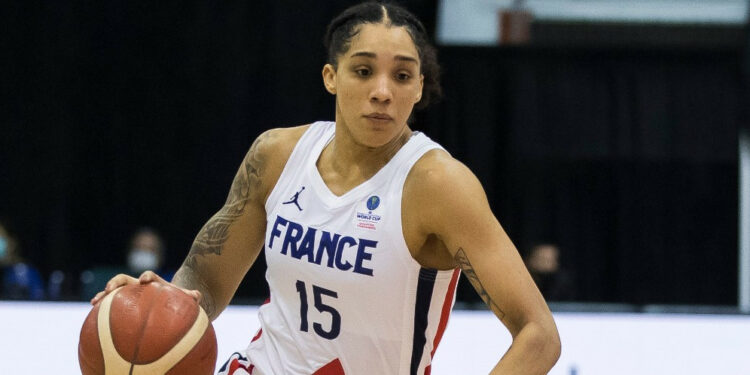 The coach of the French women’s basketball team Jean-Aimé Toupane has unveiled a list of 14 players selected for the matches against Lithuania and Finland as part of the qualifications for Euro 2023.

Leader of group B of the Euro 2023 qualifications, the French women’s basketball team will play its last two matches on February 9 in Lithuania and on February 12 in Finland. Currently tied with the Lithuanians (three wins, one loss), the Blue will be qualified for the Euro, which will be held from June 15 to 25 in Israel in Slovenia, if they win their two matches. Otherwise, it will be necessary to finish among the four best teams within the ten qualifying groups. For these two matches, coach Jean-Aimé Toupane and general manager Céline Dumerc have selected a group of 14 players.

Astier and Salaun, the little youngsters

Among them, two have less than ten selections: the leader of Bourges Pauline Astier (20 years old, 6 selections) and the strong winger of Villeneuve d’Ascq Janelle Salaun (21 years old, 2 selections). We also find the usual executives of the team, such as Sarah Michel, Marine Johannes, Valériane Vukosavljevic or Alexia Chartereau. Compared to the last list, dating from November, Alix Duchet (25 years old, 35 caps) and Gabby Williams (26 years old, ASVEL) are back. Note the absence due to injury of Sandrine Gruda (ischios) and Endy Miyem (foot). Les Bleues will start as big favorites in their match against Finland, who have lost their first four qualifying matches and have not beaten France since 1993. It could prove more difficult against Lithuania, in form during this qualifying campaign , but France remains on three victories of 30 to 40 points against the Lithuanians in the last ten years.