The French start well in Auckland 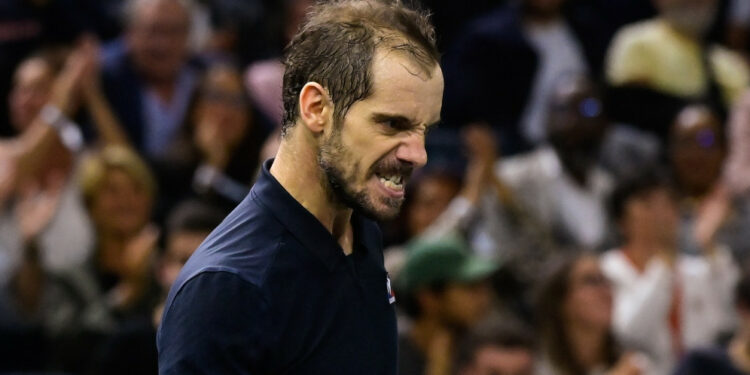 Constant Lestienne and Richard Gasquet both qualified for the second round of the Auckland tournament (New Zealand), back after three years of absence. The two French won by the same score (6-3, 6-1) against Cachin and Pannu respectively.

Constant Lestienne and Richard Gasquet both started the Auckland (New Zealand) tournament ideally on Monday. The two Frenchmen (six are engaged in total, since Grégoire Barrère, Adrian Mannarino, Ugo Humbert and Quentin Halys are also in the running) defeated without the slightest problem and moreover on the same score (6-3, 6-1 ) of the (very modest) opponents reserved for them by the draw, namely Pedro Cachin and Kiranpal Pannu. Lestienne, released by Novak Djokovic in Adelaide, has never trembled against this Argentinian certainly ranked 59th in the world but a pure clay player that our representative had already beaten in Heilbronn, on the Challenger circuit, last season. Very easy victory also for Gasquet, who also left only four games to the New Zealander who could not have played the tournament without an invitation. Pannu indeed ranks 575th in the world. Last week in Adelaide (Australia), the 36-year-old Biterrois came very close to victory against the American Marcos Giron against whom he had obtained two match points.

It goes on the other hand this time for the French veteran, who should have found the Argentinian Francisco Cerundolo, seeded number 4, but will finally face the Portuguese Joao Sousa, promoted lucky loser following the withdrawal of the 30th in the world. Lestienne, for his part, will be opposed to the winner of the meeting between another seeded American John Isner (n°6) and French Barrère. Because Auckland rhymes with the Habs. Thus, in 2020, the date of the last edition (the following were all canceled due to the Covid-19 pandemic), the final had seen Humbert beat Benoît Paire. A scenario that it is not impossible to relive at the end of the week given the strong French colony engaged at the start of the year in New Zealand. Casper Ruud and Cameron Norrie, seeded number 1 and 2 of the tournament, obviously do not hear it that way.