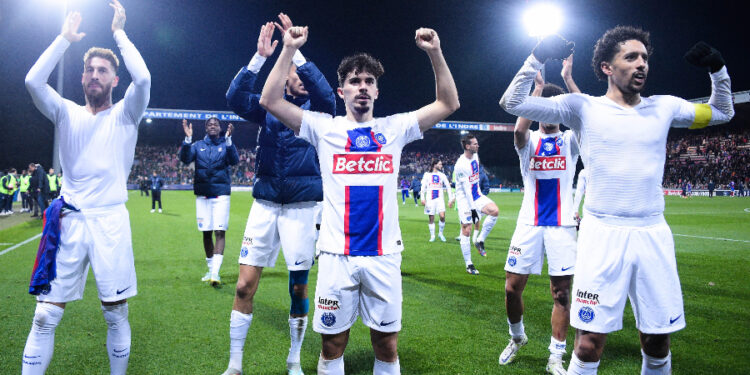 The programming of the 16th finals of the Coupe de France fell on Monday evening. PSG, who wanted to postpone their match, won their case with the FFF.

The 16e finals of the Coupe de France, the draw of which was made on Sunday evening, will not be played from Friday 20 to Sunday 22 January as planned but until Monday 23. PSG in fact obtained the postponement of their match after having validated a friendly match on January 19 in Riyadh against a selection from the Saudi clubs of Al-Hilal and Al-Nassr – the new team of a certain Cristiano Ronaldo – as part of his winter tour in the Middle East.

Three adversaries remain possible for Paris since the 8e tour between Reims Sainte-Anne (N3) and Wasquehal (N2) – the survivor of which is promised to fans of the US Pays de Cassel (Regional 1) in 32e final – will only be played this Wednesday, January 11, behind closed doors and on neutral ground, in Clairefontaine. Interrupted in a general fight, the game was initially lost for the two clubs concerned – which automatically qualified the US Pays de Cassel in 16e final – only on the recommendation of the French National Olympic and Sports Committee (CNOSF), the French Football Federation (FFF) decided to replay this match. The winner of this duel must finally find the Hauts de France club on Saturday January 14, at 6 p.m., to finally claim to challenge PSG.

🗓️📺 The complete program of the 16th finals of #CoupeDeFrance !

The delay thus made up for, the 16e finals of the Coupe de France will be able to open on Friday January 20, with the clash between OM and Stade Rennais as the first poster, broadcast jointly by France 3 and beIN Sports. The sports channels of the Qatari group will broadcast all the other matches. FCO Strasbourg Koenigshoffen (R1) against Angers, first, on Saturday 21 at 3:30 p.m., then a multiplex including in particular a 100% L1 Toulouse-Ajaccio at 6 p.m.; and Chambéry (N3) against OL at 8:45 p.m. Sunday January 22 will begin with a multiplex at 6:30 p.m., including Nantes, the trophy holder, Lille and Auxerre on the menu. The poster for the evening will pit Brest and Lens against each other at 9 p.m.