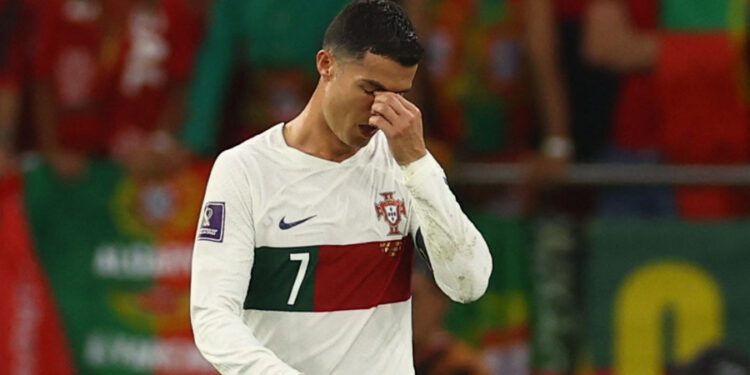 Newly appointed coach of Portugal, Roberto Martinez spoke about the future of Cristiano Ronaldo in selection.

Roberto Marinez quickly rebounded. After resigning from his post as coach of Belgium after the elimination of the Red Devils in the group stage of the 2022 World Cup, the Spanish technician officially took charge of Portugal on Monday. Presented to the press in the process, the former Swansea coach notably mentioned the future of Cristiano Ronaldo, with whom he intends to have a discussion.

“Football decisions have to be made on the pitch. I am not a coach who makes decisions behind a desk. Today my goal is to get to know everyone and then I want to contact all the players. I’m talking about the list of 26 elements selected for the last World Cup, that will be my starting point. And Cristiano is on that list.”Martinez first said.

“He deserves the greatest respect”

And to continue on the case CR7, who has just gone into exile in the Saudi championship: “He made 19 years in this selection. Ronaldo is an important player in the team and he deserves the utmost respect. I am not someone who makes hasty decisions. He is obviously one of the players with whom I would like to discuss. He deserves this consideration. It will then be up to me to ensure that the selection is as competitive as possible. »

At the end of this long-awaited discussion between the new coach of the Seleçao and the five-time Ballon d’Or, we should probably know more about the future of CR7 in selection, he who had left the 2022 World Cup in tears .