PSG, a thunderclap with QSI 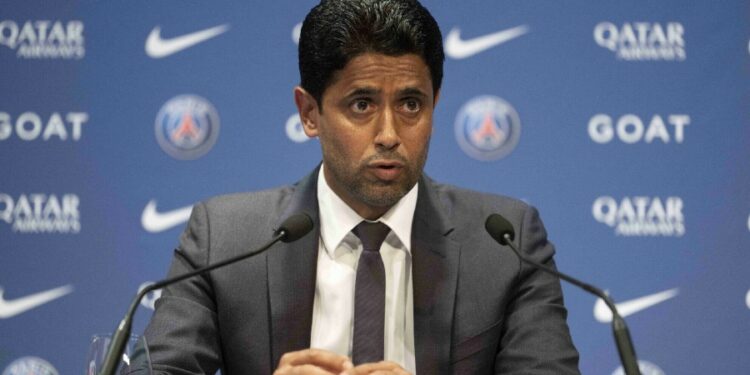 The owners of Paris Saint-Germain are looking for a club to invest in the Premier League. And they aim for the heavy.

2023, the year of change for Qatar Sports Investment? According to several media, CBS and Sky Sports, a meeting took place between Nasser Al-Khelaifi, the president of Paris Saint-Germain, and Daniel Levy, the president of Tottenham. The purpose of this interview, which would have taken place last week in London? Discuss a possible takeover of part of the English club.

🚨 Exclusive: Qatar Sports Investments are ramping up efforts to find another team to minority-invest in this year. They’re actively talking to EPL clubs, including Tottenham. Nasser Al-Khelaifi met with Spurs chairman Daniel Levy earlier this week to hold an exploratory meeting. pic.twitter.com/GWDhpd9eH8

It would only be a minority investment, but this step is significant. It shows that the owners of Paris Saint-Germain want to invest in a Premier League club, and they are obviously aiming for the high end of the table. As well as Tottenham, Sky Sports add that Liverpool and Manchester United are also looking for new partners.

Is this good news for PSG? Sky Sports think so. Since QSI made a sensational entry into the world of football, many have wondered what would happen to his commitment after the 2022 World Cup in Qatar, the long-awaited meeting by the gas state. The fact that QSI is selling some of its shares to PSG could send a negative signal.

Conversely, Sky Sports believes it is good news for Paris Saint-Germain to see its owners continue to invest in the sport. After taking some positions in Portugal, within the Braga club, the QSI galaxy could expand into England. But PSG would remain his flagship.

France-Argentina: How the Blues almost won on penalties