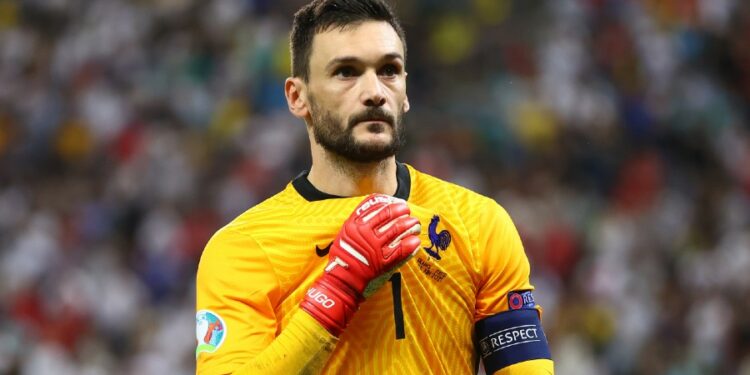 Hugo Lloris announced his international retirement on Monday, during an interview with L’Equipe. With no less than 145 tricolor capes on the counter. A record.

After 14 years of good and loyal service, Hugo Lloris chose to hang up his international gloves, he who had celebrated the first of his 145 selections for the France team – a record – one evening in November 2008. Captain of the Blues since 2010 – with no less than 121 armbands honored, again a record – the Tottenham goalkeeper will forever remain the second boss of a tricolor collective to have lifted the World Cup, in 2018, 20 years after a certain Didier Deschamps.

« I decided to end my international career, with the feeling of having given everythingblows the interested party to L’Équipe. There comes a time when you have to know how to pass the hand. I don’t want to make it my own, I’ve always said and repeated that the France team doesn’t belong to anyone, and we all have to make sure that’s the case, me first. I think that behind the team is ready to continue, there is also a goalkeeper who is ready. An allusion obviously to Mike Maignan, who should have been his understudy in Qatar without his left calf injury.

“Go out while being at the highest”

« I prefer to go out being at the top than to wait for a drop in speed, or too much competitioncontinues Lloris. There is also a family choice, I feel the need to spend more time with my wife and my children. My big one is 12 years old, and I haven’t seen anything. I owe them that. There are essential things in life that should not be overlooked. […] Having been the goalkeeper of the France team for fourteen and a half seasons is strong, but it’s exhausting, too, mentally. “, adds the former Nice and Lyonnais, who will have the happiness – and the misfortune – of playing three major finals with the Blues (at Euro 2016, at the 2018 World Cup and at the 2022 World Cup).