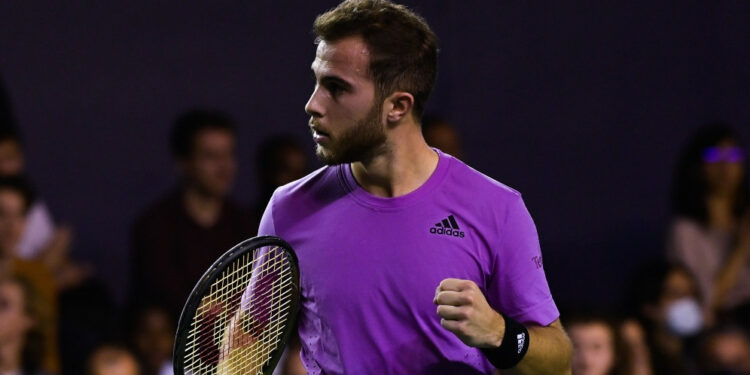 Hugo Gaston had no problem advancing to the second round of qualifying for the Australian Open on Monday. Alexandre Muller, also qualified, suffered more on the other hand. It’s over for Enzo Furness, as for Harmony Tan, Clara Burel and Carole Monnet for girls. Elsa Jacquemot and Leolia Jeanjean continue.

Eliminated from the start during his two outings, Hugo Gaston is dreaming this time of taking a few laps in Melbourne. The Toulousain is not there yet. On the other hand, he can already boast of having won a match, in qualifying, on Monday for his debut. Gaston was also full of confidence by crushing (6-1, 6-1) the Belarusian Egor Gerasimov, ex-65th in the world today 367th in the standings. Alexandre Muller is also continuing on his way. However, the Messin suffered more than his compatriot to get rid of the Australian McCabe, very catchy (7-6, 6-7, 6-3). Enzo Furness stops there, after his defeat in two sets (7-6, 6-2) against the Taiwanese Hsu Yu. Another Frenchman will also accompany Gaston and Muller in the 2nd round, since Enzo Couacaud and Hugo Grenier are currently facing each other (the two players are evenly tied: 5-7, 7-5). Among the women too, the draw had reserved a 1st Franco-French round, between Elsa Jacquemot and Clara Burel.

Jeanjean had to fight, Tan on the mat

The second, better ranked (131st, against 146th for Jacquemot), won easily (6-1, 6-2). Leolia Jeanjean, French revelation of the last Roland-Garros, on the other hand had to fight for three sets to end up winning 7-6, and 10 points to 7, in the last set, at the expense of the Romanian Bara. Harmony Tan, who reached the round of 16 at Wimbledon last season (although she had never passed the second round stage), is already out of the running in Melbourne. The 142nd in the standings fell high against the Australian Zoe Hives, 770th in the world. Tan lost in three sets (6-2, 7-5, 6-1) despite his strong reaction in the second set. Carole Monnet, meanwhile, has never foreseen the victory against the Belgian Alexandra Ignatik. The 171st in the WTA left only two games for the young 21-year-old French player, sanctioned by a terrible 6-0 in the second set.

The French start well in Auckland