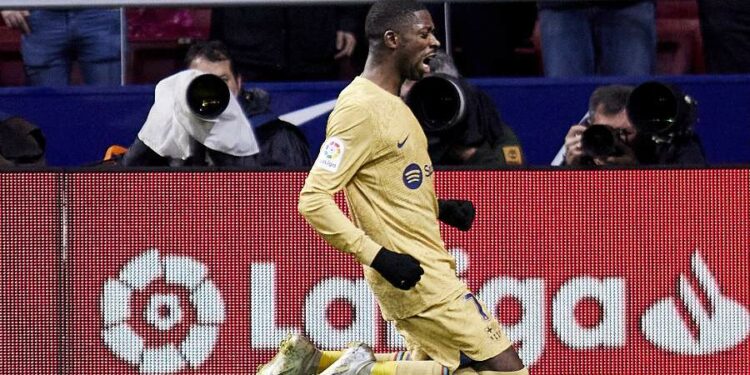 The only scorer in the shock against Atletico Madrid, Ousmane Dembélé confirmed his good start to the season with Barça.


Discreet with the France team during the World Cup, at least offensively, Ousmane Dembélé was not long in finding his verve with FC Barcelona.

The former Rennais was indeed the only scorer in the shock against Atletico Madrid, the Blaugrana taking advantage of it to win 1-0 at the Colchoneros and take a three-point lead over Real Madrid.

This goal helping, Ousmane Dembélé also took care of his statistics, he who is involved in 13 goals in his last 17 starts this season with Barça with 6 goals and 7 assists.