Zidane, his priority was not the Blues! 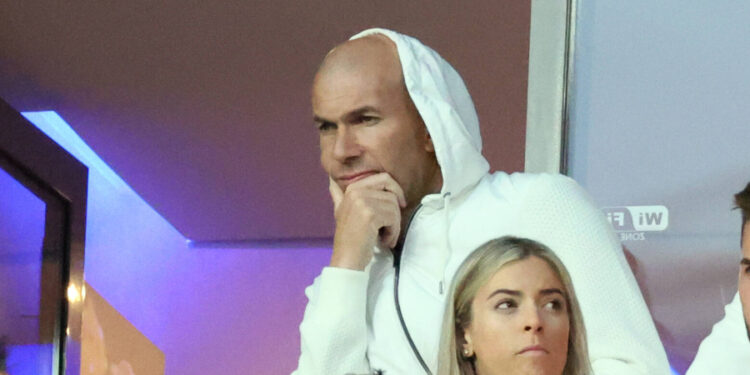 While the future of Didier Deschamps was being played out on the bench of the France team, Zinedine Zidane, candidate for the post, was focused on something else entirely.

The veil fell this Saturday on the identity of the one who would be the coach of the France team for the years to come. Without surprise, Didier Deschamps has been confirmed in the position he has held since 2012. If all goes well for him, and as he confirmed during the general meeting of the FFF, he will be in charge until the 2026 World Cup. For his part, Zinedine Zidane recorded the news. Candidate for the succession of his ex-teammate at the Blues, the former Real Madrid tactician knows he will have to wait, but does not worry a world.

Read also:Benzema, the affront that does not passRodrigo de Paul, a private affair that goes wrong

And for good reason, since as related The Team this Sunday in its columns, “Zizou” is not necessarily obsessed with this objective. If he is determined to resume the selection, he knows he still has time. Moreover, while observers and the press have not stopped quoting him in recent days and weeks, when it came to talking about Didier Deschamps and the Blues, Zidane was focused on a completely different subject. A priority that had nothing to do with the France team. Between Christmas and New Year’s Day, the 1998 world champion was busy marrying off his eldest son, Enzo.

The sports daily says that Zinedine Zidane and his family organized and celebrated “in private”, the nuptials of the twenty-seven-year-old son. If he may have left an ear hanging out on the side of the France team, “Zizou” therefore had other fish to fry. Particularly family-oriented, “ZZ” wants to continue to enjoy his family, his wife Véronique, his four children and his granddaughter, not to mention his parents. For the rest, the man does not worry and knows that everything comes to the point to who knows how to wait. Even if it takes longer than expected.