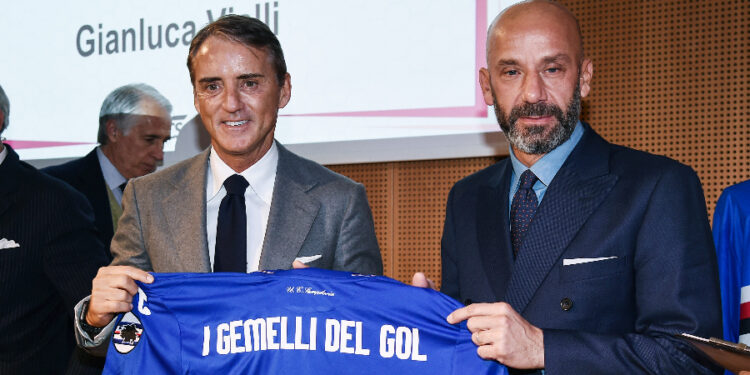 Following the disappearance of Gianluca Vialli carried away Friday by a long illness, his friend Roberto Mancini paid him a vibrant tribute.

The world of football has once again been bereaved with the disappearance announced Friday of Gianluca Vialli, swept away by cancer at only fifty-eight years old. While the messages poured in from all sides, one of his closest friends had not yet spoken publicly. At least not as long as he has just done since Roberto Mancini, Vialli’s former partner at Sampdoria, granted an interview to the Sports Courier to evoke the tragedy.

The Italian coach first returned to their meeting. ” We met when we were sixteen and never lost touch again. In Italy with the hopes or with the A, at Samp, the ups, the downs, the victories and the defeats. And Mancini remembers two strong moments in his shared history with Vialli, each time at Wembley with a Champions League final lost in 1992 with Sampdoria, then this success for Italy almost thirty years later in Euro 2021 final.

« Those two nights at Wembley. Many years ago, we cried with pain and bitterness, then we cried with joy as if we were united by fate before he passed away. And Roberto Mancini to again pay tribute to his “twin”. ” He played a key role in our victory in the European Championship. The players loved him. Gianluca gave us a courage that we did not know and that he used to fight so hard in the face of his illness, that he managed to stay with us as long as he could. »

The former transalpine international, very affected by this disappearance, will not forget his friend. ” Gianluca was the best of us. A perfect and brave man. It was a privilege to be his friend, his teammate in football and in life. Revealing that he had seen Vialli just a week before his death, he spoke about their last exchanges. ” We talked about a bit of everything. He even asked me about the December meeting with the young people. He wanted to know the latest developments of the project. With his strength, I will go ahead to dedicate something relevant to him, which we have dreamed of for a lifetime.«

Gauff did not tremble

Gauff did not tremble