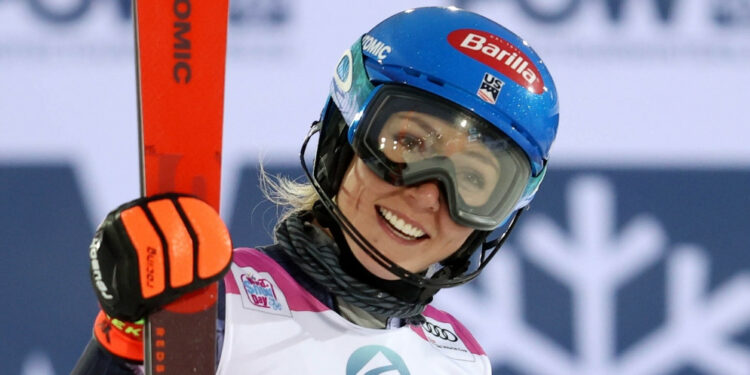 This Sunday, Mikaela Shiffrin won the Kranjska Gora giant slalom. The American signs an 82nd career success and equals the record of her compatriot Lindsey Vonn.

The legend of women’s alpine skiing was written this Sunday. On the side of Kranjska Gora in Slovenia, Mikaela Shiffrin won the giant slalom. The American, already in the lead at the end of the first round, thus signs an 82nd victory in the World Cup and equals the record of her compatriot Lindsey Vonn, although she is only 27 years old. A record promised for some time to the main interested party, who opened her victories counter at only 17 years old. As for the absolute record, namely the 86 successes of the Swede Ingemar Stenmark, it seems to be more than ever within reach of the skier.

This Saturday, the native of Vail in the State of Colorado had been slowed down in her quest, after taking sixth place in the first giant slalom of the weekend, in this same station. However, before this race on Saturday, the American remained on a particularly impressive series of five consecutive victories, acquired during the last three weeks. At the finish, Shiffrin is ahead of the Italian Federica Brignone, who fails 77 hundredths from the victory, while the Swiss Lara Gut-Behrami had a much better second run to climb to third place overall, with a final delay of 97 hundredths. On the French side, only Tessa Worley competed in this second round. The Habs grabbed two positions and finished in 18th place.