Serie A: Milan is lifted by Roma 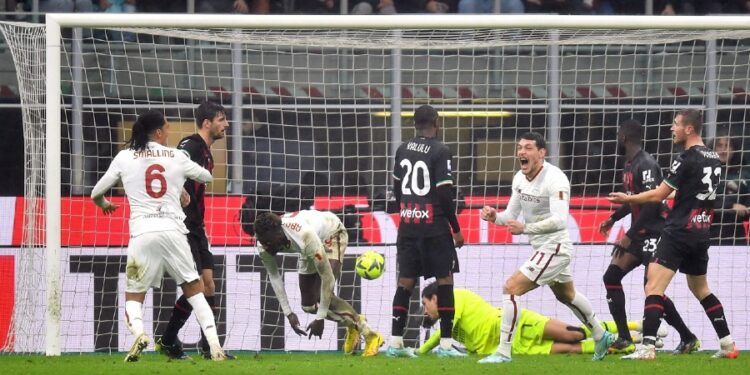 AC Milan conceded two goals at the end of the game and conceded the draw against AS Roma (2-2), this Sunday, during the poster for the 17th day of Serie A.

Bad operation for AC Milan. After leading for almost the entire match, the Italian champions were joined in added time by AS Roma (2-2), in the closing poster of the 17th day of Serie A.

The Rossoneri had taken the advantage in the first period with a header from French defender Pierre Kalulu (30th). Then it was Tommaso Pobega who doubled the bet on a counter led by Rafael Leao (77th). Olivier Giroud’s teammates (out in the 85th minute) thought they had done the hardest part, but Roma closed the gap through Roger Ibanez (87th) before equalizing through Tammy Abraham (90th + 3).

In the standings, AC Milan is joined by Juventus in 2nd place and now finds itself 7 lengths behind Naples, the leader. José Mourinho’s Roma, for its part, remains in 6th place, three points from the Top 4.

Coupe de France: The easy TFC, the AJA in pain

Coupe de France: Losc qualified for the round of 16

Coupe de France: Losc qualified for the round of 16