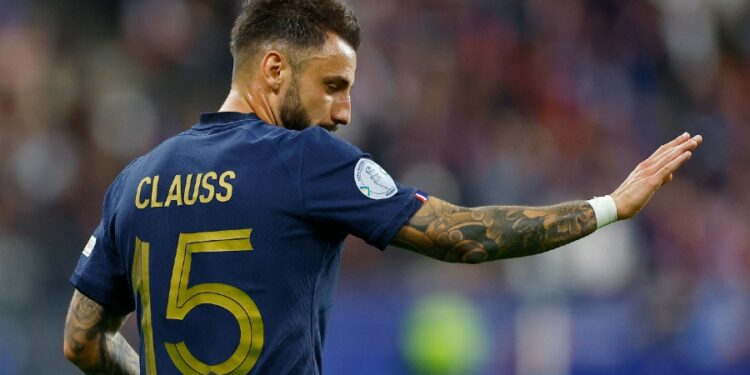 He could have claimed a place among the 26 Globalists selected by Didier Deschamps last November, but his dream turned into a nightmare. Jonathan Clauss confided this Sunday on Canal +.

Revealed in Lens after having had a chaotic start to his career, from the CFA2 to the German second division, Jonathan Clauss became a tricolor international late, in March 2022, at the age of 29. Transferred to OM a few months later, the right side-piston seemed promised for the World Cup in Qatar. Only here, Didier Deschamps changed his plans, and his system of play. The person concerned was therefore dismissed at the last moment, barred by the new convictions of the national coach.

A blow on which the Marseille defender returns in detail this Sunday in the detour of an interview granted to Canal +: “ It’s a matter of ego. When you make a dream a goal, that’s when it stings the most. I had more pain for my parents, my sister, my girlfriend who always pushed me. More for them than for me. “And to evoke the anguish that gripped him in the middle of the night, on the eve of the long-awaited announcement of Didier Deschamps.

?️ “How can you blame Didier Deschamps? He was the one who made me touch the French team when 10 years ago I was at the bottom of the abyss”

Jonathan Clauss returns to the announcement of his non-selection for the World Cup with the France team ❌?? pic.twitter.com/f5wvIKNtjg

« It’s like when you pass the baccalaureate and you say to yourself: “In my opinion, I don’t have it”. I toss and turn in bed, grab my phone, check Twitter. The first rumors are starting to circulate that I am out of the race, because of the change in the system… There is this little adrenaline that rises. I go back to sleep but I’ve been thinking about it all day. It’s 8 p.m. For one of the few times in my life I watch the 8 p.m. news because I thought it was at the beginning, and now comes the end of the list. I had no words. My girlfriend was next to me, I was in a vacuum, in a total blur for an hour and a half. My mother tried to call me fifteen times, I had no words… »

However, while the beautiful course of the Blues in Qatar ended in cruel failure, Jonathan Clauss is now able to put things into perspective. ” How can you blame Didier Deschamps when he was the one who made me touch the French team with my finger when I was at the bottom of the abyss ten years ago? It’s impossible… It’s up to me to make sure I’m indisputable. If I’m not, it’s because I’m still missing things, quite simply. A great lesson in humility and tenacity.