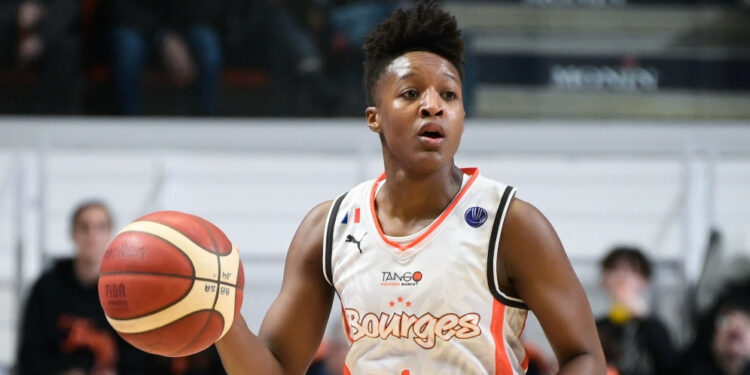 LFB’s Matchday 8 shock saw Bourges beat ASVEL in a replay of the last final. The Tango return to a victory for Lyonnaises at the top of the standings.

It was a Women’s Basketball League shock that took place this Sunday at the Prado, and it was the local players who won. Bourges, reigning French champion, beat ASVEL, leader of the championship and undefeated since the start of the season, in a remake of the 2022 LNB final. In front of 5,000 spectators, the Tango won 88-77 and thus returned to a victory for their opponents of the day at the top of the standings. However, it was the Lyonnaises who started the game best, leading 21-24 at the end of the first quarter. But Bourges passed in the quarter of an hour of play (31-30) and then no longer left the controls. At half-time, the Tango led 47-41, then they took an eleven-point lead several times in the third quarter (64-53; 67-56; 72-61). However, the Lyonnaises did not give up and managed to come back to -2 with 4’19 remaining (76-74). However, Bourges did not panic and responded with an 8-0, with 6 points from Yvonne Anderson (84-74) and concluded the match without shaking. The USA-born Serbian international lit up the game with her talent, scoring 25 points, grabbing 5 rebounds and delivering 5 assists. Laëtitia Guapo and Anete Steinberga were not left out, with 15 points each. Opposite, the 22 points and 6 assists of Marine Johannes were not enough and ASVEL, which had a great opportunity to soar in the standings but sees its most serious rival come back to victory.

Next week, ASVEL will challenge the other team with six wins for two losses this season, Lattes-Montpellier, who beat Basket Landes (6th), who remained on three wins in a row, this Sunday (80-70) . The Héraultaises led from start to finish during this meeting (23-17 in the 10th, 46-38 at halftime, 64-53 in the 30th) and were able to count on the 23 points and 5 rebounds of Marieme Badiane (24pts and 6rbds for Regan Magarity on the Landes side).