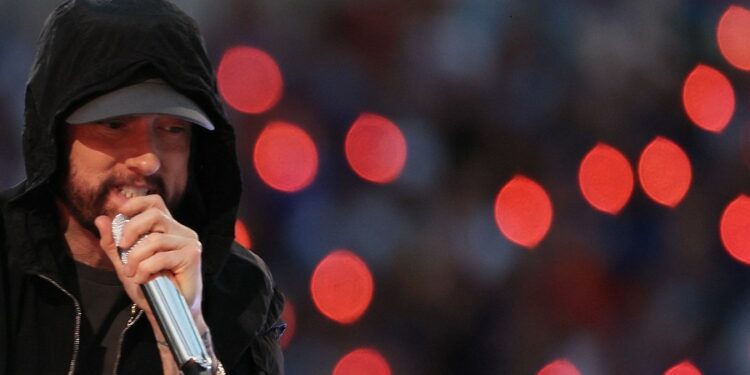 According to his friend 50 Cent, Eminem turned down a stratospheric offer from Qatar to perform at the opening ceremony of the 2022 World Cup on November 20.

American rapper Eminem has visibly rejected an XXL proposal of 8 million dollars to participate in the opening ceremony of the World Cup 2022on November 20 in Qatar, before the first meeting of the competition between the local team and Ecuador, at the Al Bayt stadium (in the city of Al Khor).

At least that’s what 50 Cent says in an interview with Big Boy’s Neighborhood. He explains that he received a proposal after the Super Bowl half-time on February 12, 2022 (where he shared the stage with Dr. Dre, Snoop Dogg, Eminem, Mary J. Blige and Kendrick Lamar). “ They had a $9 million budget for it. I would have taken a million, huge. The other 8 would have been for Em “, he thus launched!

Eminem turned down $8M to perform at the World Cup ?? pic.twitter.com/JAARXF95S4

“Fifty”, launched by Eminem in 2002, then asked the manager of his mentor and the response was astonishing: “ they told me he wasn’t going to do it “. We will not know more about the reasons for this refusal on the part of Marshall Mathers, who caused a sensation during the Super Bowl by kneeling down like Colin Kaepernick.

The opening ceremony of the Qatari World lasted more than 30 minutes. After introductory footage, American actor Morgan Freeman introduced a show on the pitch. Then the South Korean Jungkook of the group BTS and the Qatari Fahad Al Kubaisi sang their hit Dreamersone of the official titles of the competition.

How much does the Coupe de France bring in?

How much does the Coupe de France bring in?