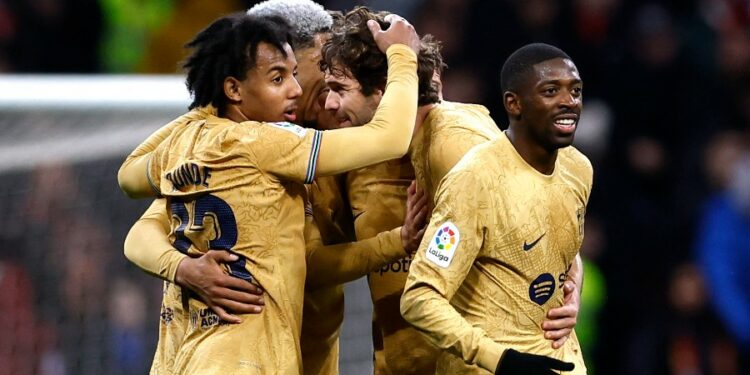 Ousmane Dembélé offered a precious victory to FC Barcelona on the ground of Atlético de Madrid (0-1), while Antoine Griezmann had a huge equalizer late in the game.

The day after Real Madrid lost to Villarreal (2-1), FC Barcelona carried out a superb operation by winning on the field of Atlético de Madrid (0-1), to regain a three-point lead over their rival at the top of La Liga.

Without Robert Lewandowski, finally suspended, the Blaugranas relied on Ousmane Dembélé, who scored the only goal of the match, with a fine shot placed after a movement initiated by Pedri and extended by Gavi (0-1, 22nd ).

There were two other French starters during this meeting, with Jules Koundé and Antoine Griezmann. Against his former club, the Mâconnais came very close to equalizing twice. In the first half, his strike was beautifully deflected by Marc-André Ter Stegen (42nd). And at the very end of the game, Griezmann was going to score but the ball was miraculously saved on his line by Ronald Araujo (90th + 4).

At the end of a tense meeting, marked by the double red card for Ferren Torres and Stefan Savic (90th + 2), Barça therefore succeeded in the very good operation of the weekend in La Liga.

Montpellier returns to the Top 6