Martin: “Better target the objective of the Tour de France” 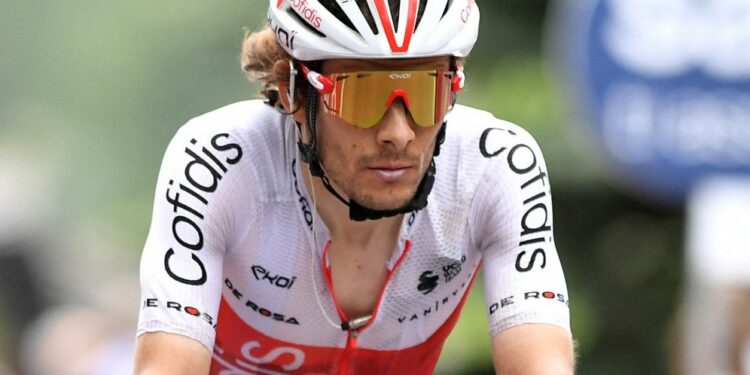 Accustomed to having a busy schedule each season, Guillaume Martin has confirmed that he wants to limit his workload in 2023 with the aim of shining on the next Tour de France, the only three-week race on his program.

Guillaume Martin no longer intends to do too much. Admitting that “80 days per season, it ends up weighing on the body” in an interview with RMC Sport, the leader of the Cofidis team has outlined his 2023 program with a major change from his recent habits. ” I will only do one big Tour, which will already save me 20 days of racing compared to the last three seasons, he said. This is not negligible given that I am one of those who run the most. Not hiding the fact that “it is not at all in (his) nature to restrain himself”, Guillaume Martin admits that this development has a purpose. ” In particular, it should allow me to better target the objective of the Tour de France, adds the native of Paris. I still have a dense start to the season at times, but with slightly longer recovery phases than in the past and more targeted objectives. »

Martin: “I wanted to see something else”

But if there is one habit that Guillaume Martin does not intend to deviate from, it is that of starting his season in January. ” There, it will be from January 25 to 29 on the Mallorca Challenge, said the rider of the Cofidis team. I will then continue with a training course at altitude in Sierra Nevada then the races in Drôme-Ardèche at the end of February as every year. From then on, the program will evolve compared to the last seasons because the 29-year-old rider will favor the Italian roads in Paris-Nice. “As for me, I’ve been doing it for three years, and I wanted to see something else,” assured Guillaume Martin. I have never done Tirreno-Adriatico and the years go by. At some point, it is good to renew yourself a little to guard against a certain routine and a certain weariness. “However, the Parisian affirms, he does not draw a definitive line on the “Race to the Sun”. “It’s always a spectacular race, physically and nervously demanding, he assures us. In terms of weather, it is also less demanding on Tirreno, there is also less risk of edges. »

Martin: “I need a sparkle”

A program which should then allow him to tackle in the best conditions the main objective of his season, the Tour de France, the start of which will be given on July 1 in Bilbao. But, beyond these three weeks, Guillaume Martin has an idea in mind. “I think that since the start of my career I have had good results, but I’m missing a bang and a win at the World Tour levelhe confided. I think I can afford it, so it’s time to make it happen. “As for the Tour de France, the leader of the Cofidis formation made a rather unexpected confession: “I will perhaps even have more pressure at the start of the Challenge de Mallorca than at the start of the Tour de France”. Highlighting the fact that the Grande Boucle is subject to “such a media effervescence”, Guillaume Martin ensures “thatwe are a little dissociated from ourselves, we look at each other from a distance “. On the Tour, I don’t feel like I’m in the game, it’s a character that I play and this character like it’s not me, I don’t feel any pressure, he says. It’s quite strange. Which could help him in his ambitions to weigh in the race for the general classification.