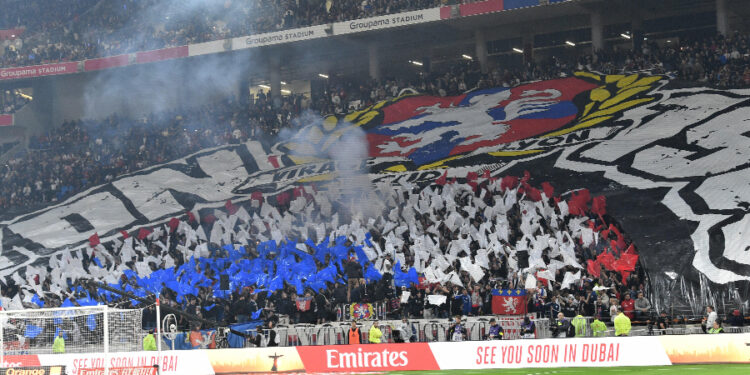 On the sidelines of the Coupe de France match between Lyon and Metz, the main groups of Lyon supporters decided to express their dissatisfaction.

The tension is rising in Lyon! After issuing a press release to denounce the attitude of certain players and managers, whom they consider to be responsible for the club’s bad season, the Bad Gones and Lyon 1950, the two main groups of supporters of Olympique Lyonnais, went in action this Saturday.

Several dozen posters have been posted around Groupama Stadium, which will host the 32nd final of the Coupe de France between OL and Metz (3:30 p.m.). ” Act or leave,” can we read on these posters which display the photos of the designated culprits: Houssem Aouar, Karl Toko-Ekambi, Thiago Mendes or Bruno Cheyrou, head of recruitment.

“ACT OR LEAVE” posters bearing the image of certain OL players and members of management have been placed around Groupama Stadium. pic.twitter.com/0rjUoXJv3M

The atmosphere promises to be hot at Groupama Stadium this Saturday afternoon, during which we can expect other protest movements from Rhone supporters. As a reminder, the team led by Laurent Blanc is coming off a home defeat against Clermont and is currently in 8th place in the Ligue 1 standings, 12 points from the podium.

Henry back on a bench, the big announcement!