Henry back on a bench, the big announcement! 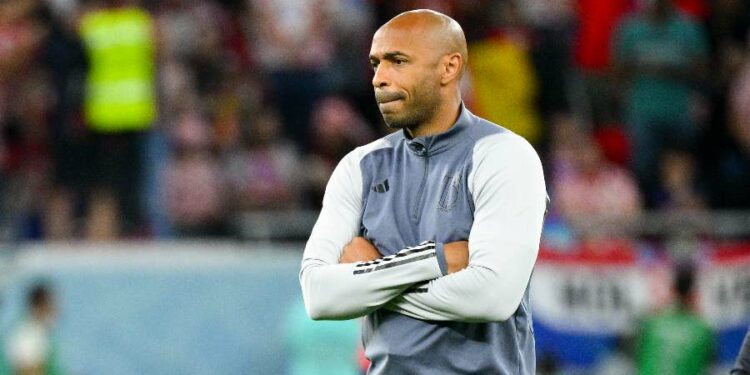 Thierry Henry future coach of the Red Devils? Negotiations between the Belgian Federation and the former tricolor striker are underway.

For several days, the rumor of a potential appointment of Thierry Henry at the head of Belgium swells. It has even taken a little more thickness in recent hours. While the Belgian press has made the 98 world champion one of its favorites to take over from Roberto Martinez, of whom he was assistant, Nicolo Schira announces for his part that discussions have been started between the ex-legend of Arsenal and the Federation of the country.

“Opening of talks between the Belgian Football Federation and Thierry Henry for the role of coach of the national team”wrote the transalpine journalist in a tweet.

Opened talks between #Belgium Football Federation and Thierry #Henry for the role of the coach of the National Team. #transfers

“Henry is the next Belgium coach”

It must be said that several Red Devils have recently publicly expressed their wish to see “TT” sit on the Belgium bench, like Romelu Lukaku. “For me, Thierry Henry is the next coach of Belgiumtold Sky Sports the interist attacker. There is no doubt about it. I say it openly: he will be the next coach. He has the respect of all the players, he has won everything. He knows the job of coaching, he knows what we have to do to get there. He knows the team, the league, the staff. »

Same story on Toby Alderweireld’s side: “I understand the argument that we need a rejuvenation, but we also have to see where we come from. For that, Henry would be the ultimate solution. In addition, he knows the team and that’s very important.” thus launched declared the defender of Antwerp to the VRT this week.

Pavard discusses with another big European

It's getting tight in Lyon, players targeted!