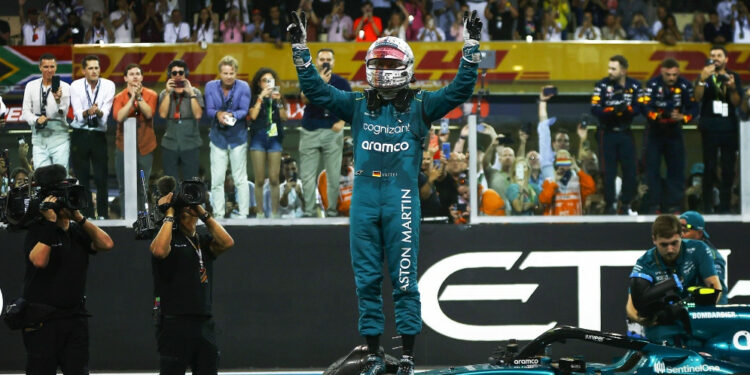 Sebastian Vettel ended his career as a Formula 1 driver this year. A four-time world champion has left, causing a wave of emotions in the paddock.

The 2022 Formula 1 season was Sebastian Vettel’s last, at 35 and after sixteen seasons of pacing the asphalt of the most prestigious circuits. The end of a long chapter in the life of the German who will undeniably remain one of the great figures in the history of his sport. Quadruple world champion, author of 299 starts and winner of 53 Grands Prix, the statistics of longevity and supremacy of the pilot from across the Rhine in F1 are dizzying.

After careful consideration, the man who has driven for Red Bull, Ferrari and more recently Aston Martin, among others, announced in the middle of the summer, just before the Hungarian GP, ​​his decision to retire from F1 at the end of the current season. A choice motivated by his desire to spend more time with his family and his attachment to ecological issues. Which are not favored by the F1 environment.

For his farewell tour, Sebastian Vettel will not have made an impression at the wheel of his Aston Martin, far from being able to play the leading roles alongside his former teams, even if he received the prize for the best overtaking of the year rewarding a sumptuous maneuver to overtake Kevin Magnussen during the United States GP. His twelfth place in the championship was anecdotal. With his best years as a driver behind him, Vettel will have marked his peers above all with his human qualities.

His now former work colleagues gave him vibrant tributes before their paths went their separate ways. From Lewis Hamilton praising the transmission of the German to young thumbs, passing by Mike Schumacher with whom he has forged a fraternal relationship or even Esteban Ocon evoking one of the most listened to voices in the paddock, everyone is unanimous for confirm that F1 is losing a legend.

Thunderbolt on the Dakar!

Cycling: A career in which direction for Quintana?

Cycling: A career in which direction for Quintana?