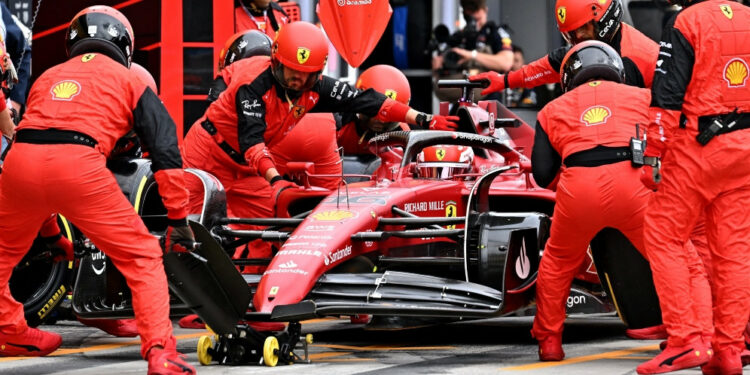 While it wanted to join the fight for the driver’s and manufacturer’s titles in 2022, Ferrari paid for its many mistakes from a strategic point of view.

The 2022 season has been a trying one for Ferrari. The Scuderia failed to worry Red Bull in the race for the titles (driver + constructor), to the chagrin of Charles Leclerc. The Monegasque secured second place in the championship at the last Grand Prix in Abu Dhabi. A meager consolation for the one who coveted the title of world champion at the start of the season, retained without suspense by Max Verstappen. Leclerc has too often paid for the mistakes of his team, first of all the reliability of his car. He was pressured to retire three times when Verstappen, after two retirements in the first three races, failed in the next 19. The driver in the single-seater marked with the number 16 has experienced many other misadventures. Ferrari has become the laughingstock of the paddock for having made bad strategic decisions.

Between the GP of Monaco, that of Great Britain or even the weekend in Canada, the hopes of victory of Charles Lerclerc were hit hard by the poor race management of his team. He received instructions to pit in the Principality when his teammate was already there, then was not asked to put on new tires during an intervention by the safety car at Silverstone and saw the men in red put on him hard tires when the situation wasn’t right in Montreal. Choices, for the most part incomprehensible, which shattered the ambitions of the person concerned.

“We threw everything in the trash”

“I did everything right from the start of the race. In short, that’s how it is. It shouldn’t happen too often in a year. We had everything to win and we threw it all away. We can’t afford to do races like that”, noted the Monegasque, disillusioned, after the GP on his land where he only took fourth place. There will have been ups and many downs for Ferrari in 2022. The departure of its boss Mattia Binotto, who will be replaced by Frenchman Frédéric Vasseur, is certainly no stranger to all these regrettable adventures.