Which season for Alpine? 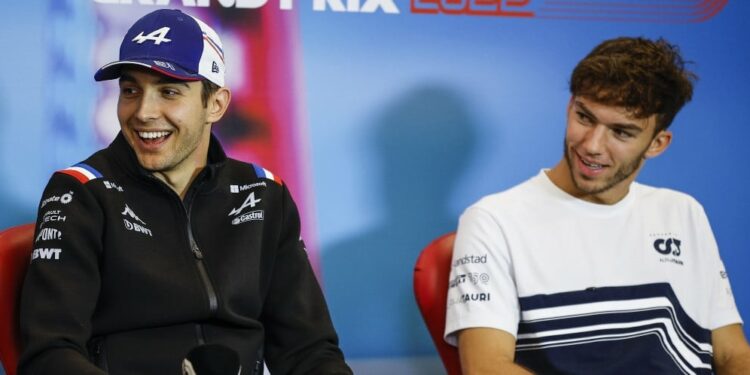 Fernando Alonso transferred to Aston Martin, Alpine has chosen Pierre Gasly to replace the Spaniard alongside Esteban Ocon. The two Frenchmen, Normans moreover, will have to work together for the success of the French team.

It is an association that we had not necessarily seen coming several months or even a few years ago. Following the surprise departure of the troublemaker Fernando Alonso for Aston Martin and the imbroglio around Oscar Piastri, third Alpine driver in 2022 and teammate of Lando Norris at McLaren next year, the French team has bet on Pierre Gasly, the another Frenchman on the set, to associate him with Esteban Ocon. The two tricolors have the particularity of coming from the same region (Normandy) and of knowing each other since childhood since they evolved together, from an early age, on karting circuits. Except that the two pilots have forged, over time, a complex relationship with ups and downs, indifference, no hatred but not necessarily a strong friendship either. When Pierre Gasly, in exile in Japan in Super Formula, returns to F1 in 2017, where Esteban Ocon evolves, the two are questioned about their relationship. Everyone has their own technique. “Pierre likes to express himself in the press,” Ocon told AFP. I prefer to keep things private. All I see now is that we respect each other on the track. » The two pilots speak to each other very little, but the understanding remains cordial and without any particular animosity. And the former Alpha Tauri driver continues: “In the end, I think what happened to us is positive because it motivated us even more to beat the other. It’s funny to see that we are both in F1 considering where we started, without a lot of money. »

Luca De Meo, the boss of Renault himself, pushed behind the scenes to secure the signing of the winner of the Monza Grand Prix in 2020 and still under contract with Red Bull until 2023. Sign that the last 14th in the general classification of drivers , was expected. In an interview with the newspaper L’Équipe, Pierre Gasly confided his feelings when his signature was formalized: “It was the choice I wanted to make at this time in my career. In addition, I felt that everyone in the team really wanted to work with me. They proved it to me throughout the many discussions we had together. “With obviously, a little word about his future teammate:” We’ve known each other for twenty years. He was there when I went karting for the first time. But we’ve both matured. […] Today, at 26, we have become men. We are much more responsible. » Now, there is only to. Already established in the team, winner of a Grand Prix in 2021, Esteban Ocon will have to manage the arrival of this “special” driver and learn to live with him. Laurent Rossi, the president of the French brand and Otmar Szafnauer, the manager of the team, will also have to have a strong back to satisfy the ego of the two men. A difficult but interesting task. Objective for Alpine, that everyone accelerates in the same direction.

OM, it gets complicated for Milik

Chelsea fully on a French talent

Chelsea fully on a French talent