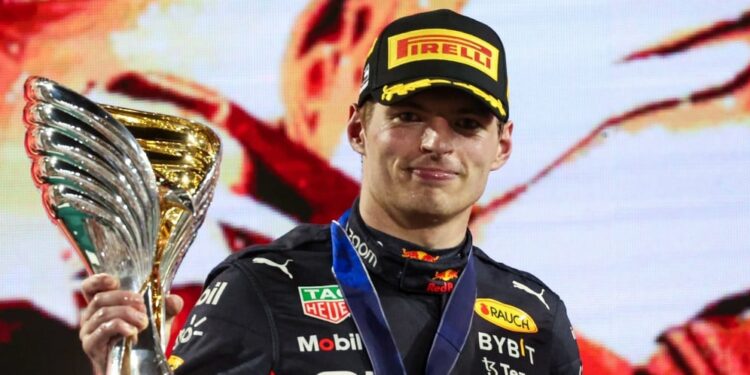 Reigning world champion Max Verstappen has crushed this 2022 season with almost disconcerting ease. Without a rival and with a dedicated teammate, the Dutchman has become a winning machine.

How far he is from the Max of yesteryear, impetuous, who broke everything, expressed his black anger and stupidly ruined his chances of Top 10 or even Top 5. In just a handful of years, the Batavian has become surgical, precise, d chilling efficiency. After a 2021 exercise, the outcome of which is still being discussed today, the Red Bull driver flew over the 2022 championship with almost insolent ease. The fault, it must be said, is several parameters: Lewis Hamilton, his greatest rival, drove a stillborn car all season and clearly did not have the weapons to compete. Charles Leclerc, who, unlike the Briton had the right single-seater, “benefited” from the catastrophic instructions from his team. And also and above all, a teammate, Sergio Perez, dedicated to him and to whom he did not deign to make a small gesture to offer second place overall during the Brazilian GP. This is perhaps the other side of the coin for a pilot like him, cerebral, who lets nothing pass. Not even his teammate while his own race counts for nothing. What does it matter to him, all victories count even if the title is already acquired. And this one is very beautiful. “The first title is of course the most moving but this one is the best because of the performance I have shown throughout the year” admitted “Super Max” at the end of the Abu Dhabi Grand Prix, the last meeting of the season.

With two retirements (Bahrain, Australia) during the first three races, Max Verstappen indeed had enough to fret about, but he demonstrated real pugnacity, a lion’s hunger – his emblem – to crunch his opponents one by one. With an impressive car and a team devoted only to his Majesty, the Batavian showed his superiority on the track and nowhere else. And even with penalties for changes to his power unit, as during the Belgian Grand Prix (starting 14th), the son of Jos Verstappen still manages to pass the checkered flag in the lead. This year, with 15 victories on the clock (a record), there was Max and the others. And only Leclerc, Sainz, Perez and Russell were able to taste champagne on the top step of the podium. “Fifteen victories in a season, it’s just incredible, jubilant the Dutchman after the last race. We know that it will be difficult to reproduce such performances next year but it’s a great motivation for 2023. ” In any case, we can’t wait to see. Lewis Hamilton and Charles Leclerc will certainly come back with the knife between their teeth to prevent the No. 1 from affording a third crown. It will also be interesting to review the agreement between the Batavian and the Mexican within the Red Bull team. The two men had a clash over the radio during the Brazilian Grand Prix and it is not said that the idyll will last another year. See you in three months…