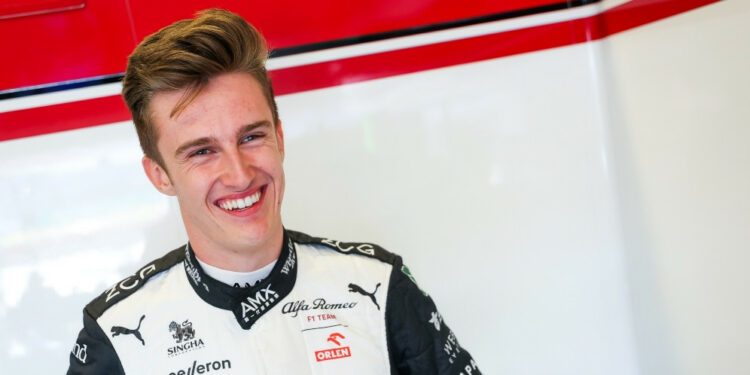 While he was aiming to enter F1 next year, Théo Pourchaire will have to wait a bit. The native of Grasse, reserve driver at Alfa Romeo, has his Super License and all the cards in hand to start one day in the premier category. For example in 2024?

We know he is impatient. So obviously, in the game of traditional musical chairs offered by the F1 transfer market, Théo Pourchaire was disappointed. At 19, the native of Grasse in the Alpes-Maritimes coveted a seat, precisely at Alfa Romeo, the team led at the time by his compatriot Frédéric Vasseur, for next year. But the French will have to take his troubles patiently, at least as a holder. For several years now, the Habs have been gaining momentum in the various categories where they already have a French F4 champion title, a German F4 champion title and two world vice-champion titles, in F3 in 2020. and F2 in 2022. This season, even if he was aiming for the title (won by Felipe Drugovich), Théo Pourchaire still managed to glean a good place as runner-up, which allows him to validate his Super License, the compulsory sesame to ride in the queen category. He was also able to drive in free practice at the US Grand Prix in Austin, again with Alfa Romeo. Unfortunately for him, it won’t be for next year since the two seats in the Swiss team are taken (Valtteri Bottas and Guanyu Zhou) but nothing is written for 2024. Especially since in the meantime, the Grassois is expected to work full-time with Alfa Romeo as a reserve driver. “Theo will be in charge of development in the simulator and requisitioned during the race weekends, recalled the boss at the time of the team, transferred to Ferrari on December 13. It’s a real structuring program for him because there are briefings before, briefings after, with his engineers, his mechanics and himself in his preparation: everything about how to approach the race. »

If Théo Pourchaire has his eyes fixed on 2024 and the possibility of obtaining his starting place, the future is a little more vague on his program in 2023. The Frenchman has the choice even if he knows that he is not totally the decision maker: “We are thinking of running him in parallel so that he remains sharp, detailed at the end of last season, Frédéric Vasseur. There is Super Formula in Japan, but F2 is an obvious option, because that means he stays with us, in our paddock, in contact with the team. “For his part, the Grassois, in comments reported by RMC Sport, believes that a new freelance in F2 would not be any experience: “I am part of the Sauber academy, in the end it will be a joint decision, nuance the pilot. Everyone has their opinion, their options, it’s very important to discuss with everyone. We are in discussions with Fred (Vasseur) in particular and if there is a good contract and a good option, why not do F2 again? I’m only 19, I will still be one of the youngest next year. Every year I’m the youngest but it’s a good thing to have this head start. At the moment, Valtteri Bottas has a contract until 2024 and Guanyu Zhou’s contract runs until 2023.

The photo that embarrasses the Blues

The photo that embarrasses the Blues