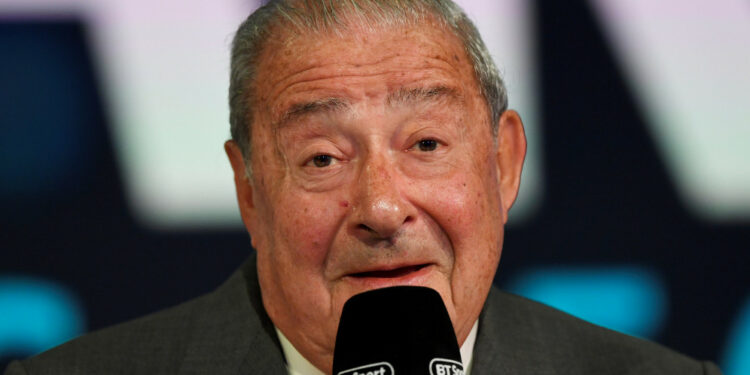 Seven months after the French recorded against the Congolese Martin Bakole his very first defeat since his arrival among the professionals, his American promoter Bob Arum seriously wonders about the motivation of Tony Yoka as well as his frequentations, especially since he is divorced.

Bob Arum (91) is not yet threatening to abandon Tony Yoka to his fate. “But if it continues in this way, of course. The famous American promoter, who is also that of the French, could soon decide to get there, especially if the Rio Olympic champion does not raise his head, and not only in the ring. Because to hear Arum this Friday in The team, the current concern does not come from the sporting behavior of the 30-year-old boxer but from his attitude outside the boxing rings, especially since he is divorced from Estelle Mossely. A lack of seriousness and a concern for dating which largely explain the defeat of May 14, when Virgil Hunter was already pointing the finger at the choice of the “Artist” to prepare for the fight elsewhere than in San Francisco, with him, as he had always done. “Yoka got what he deserved,” says Arum in the daily. He did not prepare seriously. Boxing is a very difficult sport, you have to work hard. He didn’t, so he was beaten (…) I learned that he was hanging out with bad people. After he divorced his wife, he surrounded himself with people whose sole purpose was to have fun and enjoyment. »

Which now leads the promoter of the French to doubt the motivation of his protege to one day reach the heights, even if he still thinks that the native of Chanteloup-les-Vignes is capable of achieving it. “Yes, he has a chance, but it will take a lot of work (…) He has a lot of talent, but he has to make sacrifices, as everyone who wants to excel in their discipline does. For Arum, only the boxer holds the key. “Virgil Hunter can teach him how to be a better boxer, not teach him how to live a healthy life. Indeed, for the American, the current problem essentially comes from there. “I hope Tony will be able to reframe his personal life and seriously prepare to achieve a different result. As Tyson Fury knew how to do to become the immense champion he has become. “When we worked with him, he was much less involved. He became one, put the bullshit aside and knew how to dedicate himself entirely to his sport. Result: today, no one can beat him. »