Judo: Agbegnenou, Dicko and Riner back 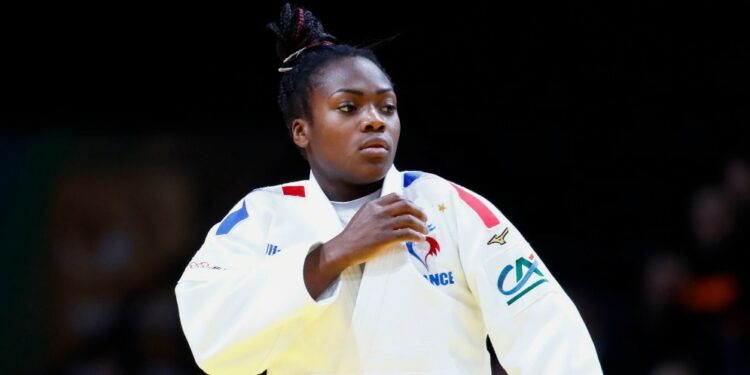 After long months of absence, Clarisse Agbegnenou, Romane Dicko and Teddy Riner returned to the tatami this Saturday with their respective clubs during the Champions League, organized in Georgia. A day of competition that did not fully meet their expectations.

The public of Gori was served this Saturday. The 2022 edition of the Champions League, a competition bringing together the best clubs on the continent, was an opportunity to find the cream of French judo. Indeed, five months after giving birth to her daughter Athéna, Clarisse Agbegnenou wore the colors of the Red Star Club of Champigny but had to settle for the silver medal.

Aligned in -70kg while she was Olympic champion of -63kg last year in Tokyo, the Habs first concluded the victory of their club against Blanc-Mesnil (4-1) for their entry into the running with a success over Candice Lebreton. This opened the doors to the last four at the Val-de-Marne club against Benfica. If Chelsie Giles in -52kg then Nekoda Smythe-Davis launched Champigny well, Clarisse Agbegnenou ended the suspense by dominating Katie-Jemima Yeats-Brown (3-2). In the final, it was another French club, US Orléans, that the Red Star Club of Champigny had to challenge.

Agbegnenou beaten in the final, Dicko settles for bronze

The Loiret club also started its day against another formation from France, Sainte-Geneviève-des-Bois. Led by the Astride and Priscilla Gneto sisters but also Margaux Pinot, US Orléans clearly won (4-1) to find PSG Judo with a place in the final at stake. The Capital club, meanwhile, could count on Romane Dicko. The latter, crowned world champion of +78kg, returned to competition this Saturday after cutting after the Worlds. However, the success of the latter against Samah Hawa Camara at the end of the duel was not enough to allow the Parisiennes to qualify for the final (3-2).

Nevertheless, Romane Dicko was able to console himself with the bronze medal, getting the better of Madeleine Malonga in a duel against Blanc-Mesnil (4-1). The final of the women’s competition, meanwhile, turned out to be one-sided. Clarisse Agbegnenou was unable to get the better of Margaux Pinotwho at the same time offered the European title to a team from US Orléans who did not lose a single fight (5-0).

Riner suffered defeat and returns without a medal

But the main attraction of this day of competition in Georgia was Teddy Riner. Forced to forfeit the last Worlds due to an ankle injury, the spearhead of French judo found the tatami for the first time since the Budapest Grand Slam last July. Engaged with the men’s section of PSG Judo, the ten-time world champion suffered the law of Guram Tushishvili during the duel lost by the capital club against the Georgian formation of the Fighter.

Beaten sharply as soon as they entered the fray (4-1), the Parisian club could only aim for the bronze medal. But, if Teddy Riner was able to recover by dominating Giorgi Sherazadishvili, he could not prevent the defeat of PSG Judo against the Spanish club Stabia, who then dominated Sainte-Geneviève-des-Bois (5-0) to secure the bronze medal. If the tricolor clubs have brought back three medals in the women’s draw, it’s a zero point for the two teams involved in the men’s draw.

Lucas Hernandez wanted to dump everything!