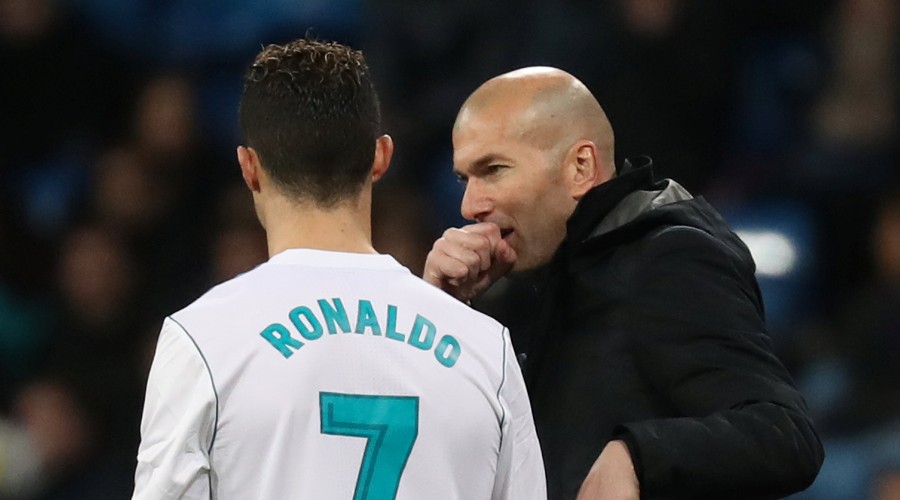 Manchester United intends to get closer to Zinedine Zidane by betting on the presence of Cristiano Ronaldo and Raphaël Varane in its squad.

Officially, Manchester United is not looking for a new coach. And unofficially, the English press is almost unanimous that the Red Devils still intend to give Ole Gunnar Solskjaer some more time, despite the disappointing results of Harry Maguire’s team-mates and the two recent slaps against Liverpool. (0-5) and Manchester City (0-2).

However, the Sunday Times announces this Sunday that the leaders of Mancunian have started to advance their pawns with a certain Zinedine Zidane. The Red Devils have started a work of seduction with the former No. 10 of the Blues, who is not fully convinced that this is the best destination for him. To convince him, Man Utd would rely mainly on the presence in the workforce of Cristiano Ronaldo and Raphaël Varane, two players who counted among the basic men of “Zizou” at Real Madrid.

PSG and the Blues also on the spot

With his demonstrated ability to win trophies, and his propensity to trust young players to help them progress (Vinicus, Valverde …), Zidane has a profile that interests Manchester United … because these are two areas where Ole Gunnar Solskjaer was expected during his term of office, and where the record leaves much to be desired.

We repeat, Solskjaer is for the moment option n ° 1 considered by the Mancunian board, but other names are circulating to replace it. Antonio Conte is no longer on the market, and Erik Ten Hag (Ajax) and Brendan Rodgers (Leicester) are also in post, unlike Zidane. But in the opposite direction, Man Utd is not the only destination envisaged for “ZZ”, which represents an attractive option in the medium term for the. Paris Saint Germain and the France team.