Griezmann in the middle of a nightmare 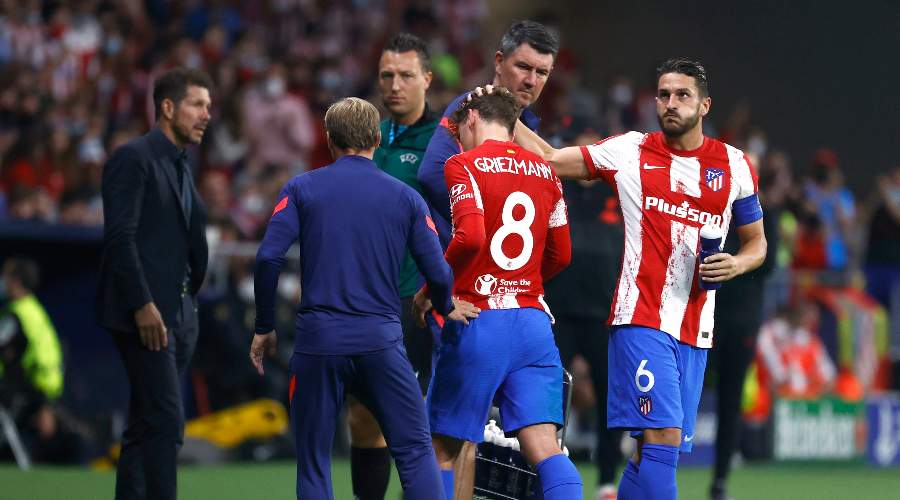 Antoine Griezmann accused the blow after the defeat conceded at home against Liverpool (2-3) on Tuesday. Consequence of his red card received shortly after returning from the locker room.


Nothing seems decidedly to be spared at Antoine Griezmann this season with theAtletico Madrid. While he could imagine having finally launched his season thanks to his two goals scored in fifteen minutes against Liverpool, the tricolor world champion was released for a new disaster.

Read also: Griezmann, the big rant of his father

Guilty of a high foot on the head of Firmino, the Mâconnais was indeed sent back to the locker room shortly after the break and the Colchoneros returned to score thanks to the Frenchman’s two goals finally bowed 3-2, leaving the Reds to take off at the top of Group B while FC Porto, winner of AC Milan (1-0) returned to the level of the Spanish champions.

The disappointment is therefore immense for the Madrilenians in general and for Antoine Griezmann in particular. “He got along very well with Lemar, with Joao Felix, with De Paul… but there he was annoyed, so explained the Argentine coach. He left the team at a difficult point in the match, we saw that his intentions weren’t bad, but it depended on the interpretation of the arbitter. »

Diego Simeone was nevertheless satisfied to have seen his men stand up to Liverpool, one of the most convincing teams of the start of the season. “They started out stronger, with more intensity. Salah went 20 yards without anyone stopping him, and the second goal was a missed clearance. I can’t be happy because we didn’t win. But the team is strong, it showed. A team that creates four clear goal situations at Liverpool is rare. I don’t know if they often had to defend like that ”, he stressed.

Haller still does his things with Ajax

Hernandez goes to sleep in prison

Hernandez goes to sleep in prison