Verratti to a big mess 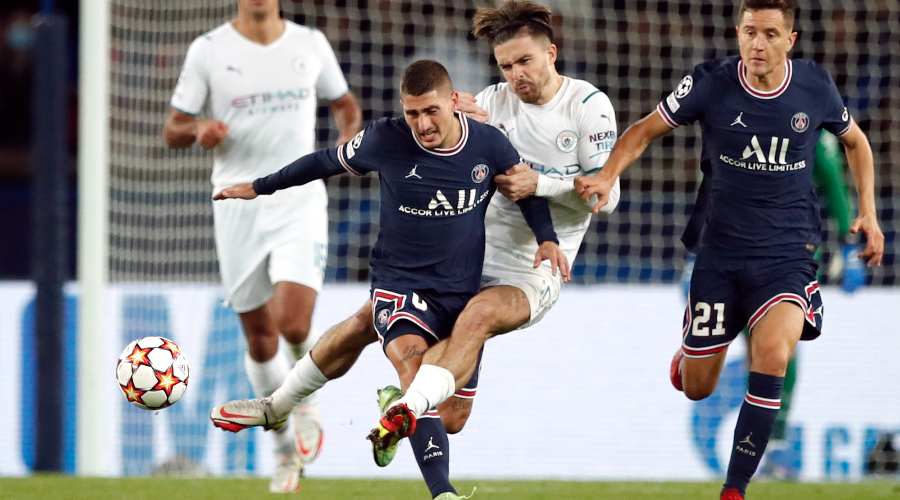 The repositioning of Marco Verratti as a sentinel does not convince all observers. And this despite the sparkling performance of the transalpine midfielder against Manchester City.

Idrissa Gueye, once again a scorer and intractable in midfield, Gianluigi Donnarumma, author of a faultless in the goal for his baptism in the Champions League, or obviously Lionel Messi, author of his first goal with the PSG : many Parisian players shone on Tuesday during the victory won by the Parisians against Manchester City. However, the most impressive service was undoubtedly delivered by Marco Verratti.

Read also: Messi, the lack of respect for PSG denounced

« He is an exceptional, extraordinary player. I’m in love. Under pressure, he has the calm to make an extra touch of the ball, create an extra pass behind our midfielder. I know his character, his personality. I’m glad he came back from injury “, Moreover confided Pep Guardiola at the end of the meeting, adding: « He’s not tall, but when you see how he plays, how he moves… He’s not a player to make long passes, but you can always count on him to build, to know where the space is. to create a new situation. “

A player capable of bringing so much more

Positioned as sentry by Mauricio Pochettino, a first for five years, the Italian midfielder was sparkling, whether in recovery, with 7 balls recovered, or in these transmissions, the native of Pescara being also in the first passes on the two goals scored by the Parisians. Above all, the European champion with Italy played with the pressing set up by the Citizens, losing very few balls and posting no less than 93.3% of successful passes.

However, the positioning of Marco Verratti poses a problem for some. “Verratti, as we have seen, excels in the sentry costume, but it also breaks some of his qualities of passing, vision of the game and timing. He’s a player who is capable of bringing so much more that confining him to the role of sentry would be a waste of money, thus launched Emmanuel Petit in the columns of Parisian. All his opponents will not impose on PSG a constant and very high pressing as did City. However, I am not sure that we need Verratti as a sentinel if Paris has a monopoly on the ball for 70 minutes. ”

The 1998 world champion was nonetheless impressed by the performance of the Italian. “Tuesday, it was necessary to make him evolve in this role. He had a great match because he played with his qualities but with simplicity. While he was lost, he had been drowned by City’s pressing in the semi-finals, there he was technically fair but also responded to the physical challenge imposed by Manchester. Together with his colleagues, they were excellent at managing efforts and organizing. “

For $ 17.5 million, will Irving get vaccinated?

Already a record for Donnarumma

Already a record for Donnarumma