Ronaldo, the reasons for humiliation 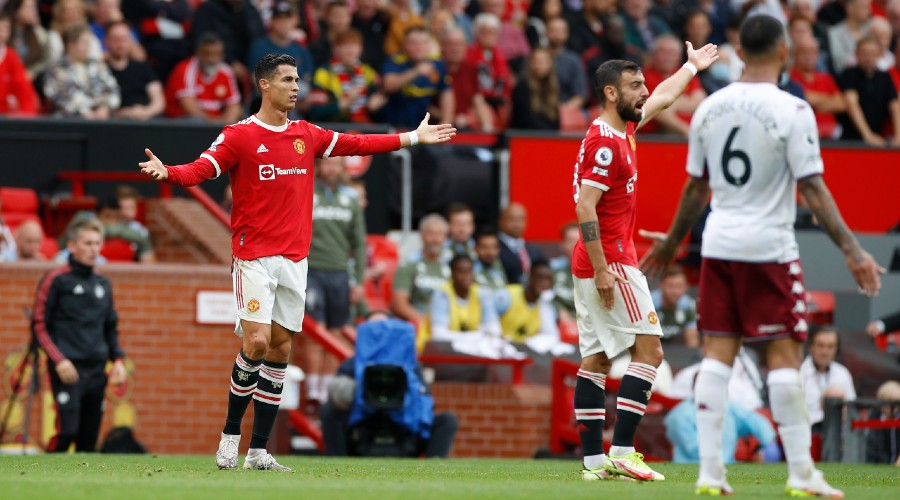 Emiliano Martinez, Aston Villa goalkeeper, has called for Cristiano Ronaldo to take the penalty awarded by Manchester United. A provocation that can be understood, because CR7 is less efficient in this exercise than Bruno Fernandes.

The scene is strong. We play extra time of the meeting between Manchester United and Aston Villa and the Red Devils, led for a few minutes after a header from Hause, have just obtained a penalty which can allow them to equalize. Bruno Fernandes, the designated shooter, takes the ball in hand. Corn Emiliano Martinez, the goalkeeper of the Villans, tries a bluff.

Clearly, the Argentinian doorman is pointing … Cristiano Ronaldo, and claims that it is the fivefold Golden Ball who takes care of the penalty. The following ? Bruno Fernandes misses his shot, misses the target. And Martinez can exult: he has succeeded perfectly in his little game of intoxication.

Pointing at Cristiano Ronaldo, Martinez appeared to be asking Ronaldo why he wasn’t taking the spot-kick and his Portugal teammate was.
Shots fired? pic.twitter.com/XksrSstV2v

Ronaldo is less skilful than Fernandes

For Ronaldo, it is a small humiliation to have been provoked in this way by an opposing goalkeeper, in the mode: “Come take the penalty, I’m not afraid of you. “It was well tempted on behalf of Martinez because, beyond the fact that this sequence could have disturbed Bruno Fernandes, it should be noted that CR7 is less skilful in this exercise than his compatriot.

Ronaldo’s stats are good: 139 penalties scored out of 157 attempted, a little over 80% success, which is above average

. But Fernandes is simply excellent. His failure on Saturday was only the third in 45 attempts, or 93% success.

Opposite, it should also be remembered that Martinez is a real specialist in the exercise: 7 saves (in match), for 18 penalties conceded. He was one of the heroes of Argentina’s Copa America victory, including three saves in the penalty shoot-out against Colombia in the semi-finals. Obviously, this must give confidence.

A study carried out between 2009 and 2018 on 91,000 penalties (in matches) or shots on goal studied showed that 75.49% of attempts were victorious.Read also:Ronaldo gets annoyed and hardens his tone