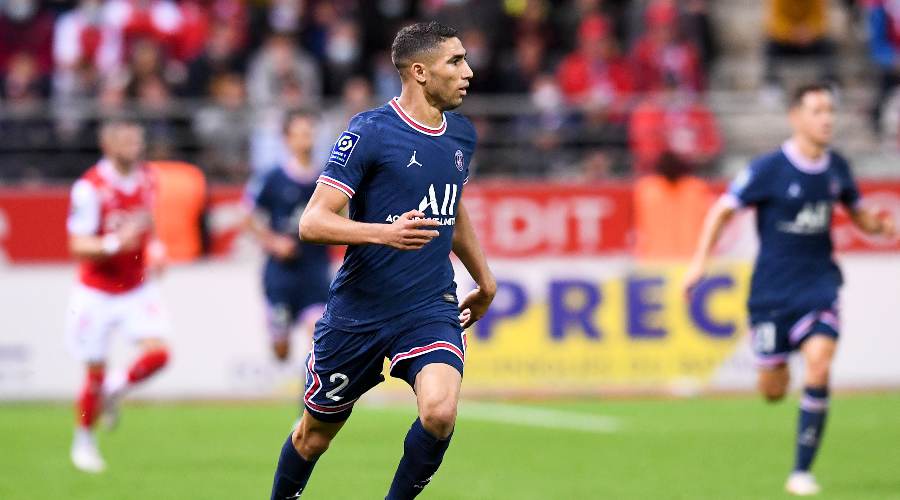 According to his former coach, Achraf Hakimi, trained at Real Madrid, hopes to play again with the Merengue.

Arrived in the heart of summer in the capital, Achraf Hakimi is one of the main satisfactions of this start of the season, on the Parisian side. Recruited for some 60 million euros, the 22-year-old Moroccan international seems to have to stay in the PSG. But according to Antonio Conte, who had him under his command last season at Inter Milan, Achraf Hakimi hope to play again at Real Madrid. “Hakimi’s dream is to come back to play at Real Madrid”, he told Sky Sport.

A native of Madrid and trained with the Merengue, the Moroccan only played for a year with the Madrid club before being loaned to Borussia Dortmund and joining Inter Milan last summer. This attachment to Real would also explain its poor performance last season against the Merengue club in the Champions League. “He suffered these two matches. I remember the mistake he made there, but from then on he worked a lot ”, he continued.

Antonio Conte is thinking big for his former player. “He’s now in one of the strongest teams in the world. He can become a crack. He improved in the defensive phases and in the last pass ”, he confided.

Luxembourg: The defending champion for Cornet

Luxembourg: The defending champion for Cornet