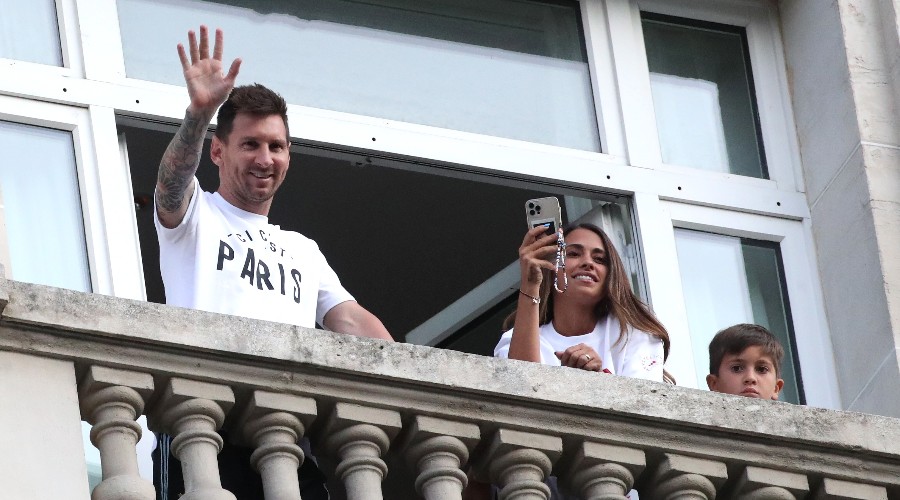 Lionel Messi and his wife

The Argentinian couple and their three children are staying at the Royal Monceau hotel, near the Champs-Elysées.

The Royal Monceau de Paris welcomes Lionel Messi and his family, while waiting for the new PSG player to find a long-term residence.

You can afford a suite for several thousand euros a night. But naturally, Lionel Messi and his family are graciously invited to the Royal Monceau Raffles Paris by the new employer of the Argentine striker.

PSG, whose Qatari owner was that of the Parisian luxury establishment before selling it to AccorHotels (current PSG jersey sponsor), is temporarily welcoming “La Pulga” and his relatives.

It is assumed that the former Barça occupies one of the apartments of the 5-star hotel, such as the 350 m2 one, at 15,500 euros… minimum. Enough to have a good time before the club led by Nasser Al-Khelaïfi finds him something more… comfortable, and bigger.